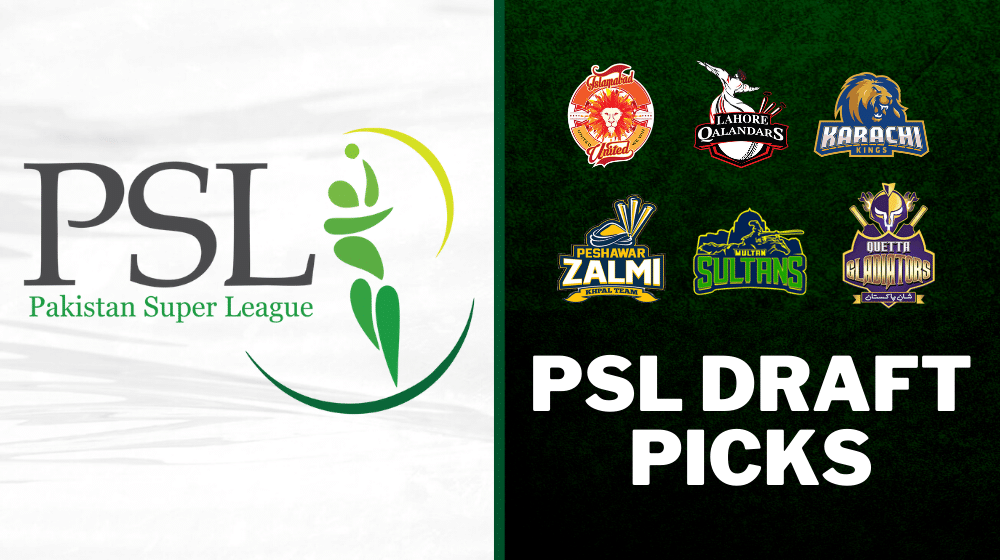 PSL 6 is just a few months away and the preparations for the extravaganza are in full swing. The draft pick order has been revealed for the first round as the teams look to assemble their squad in a bid to get their hands on the coveted title.

Two-time champions, Islamabad United, will get the first pick of the first round followed by Multan Sultans. As usual, the defending champions will get the last pick. Lahore Qalandars have been allocated the third pick and will be looking to go one step further and win their first PSL title next time around

📢 HBL PSL Draft 2021 📢
Revealing the pick order for the first round of the #HBLPSLDraft! pic.twitter.com/3WfQw9mjC2

PSL 6 draft will most likely take place at the National Stadium Karachi in the first week of January. The venue has not been finalized yet, but according to sources, PCB islooking to hold it in an open space due to the COVID-19 situation in the country. Multan and Lahore are the other likely venues for the event.

PSL player retentions are likely to be announced within a week as the teams will be given ample time to consider their options and assess their squads. A maximum of 8 players can be retained by each franchise.

The list of international players in the draft will be announced soon and some big players are expected to be a part of the league this year.