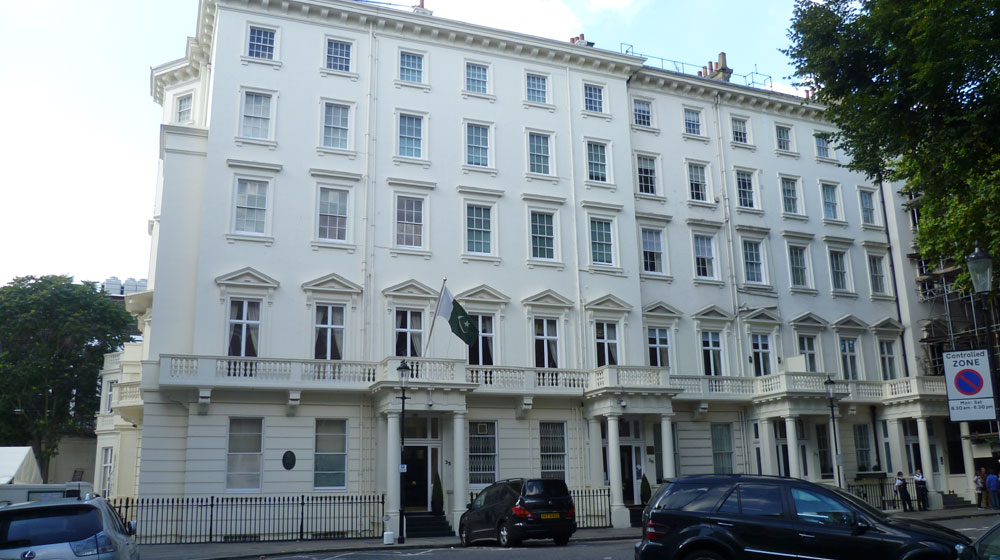 A high court in the United Kingdom (UK) has ordered deducting Rs. 4.5 billion from the accounts of the Pakistan High Commission in London. The decision was given over the non-payment of a penalty by the National Accountability Bureau (NAB) to the foreign asset recovery firm, Broadsheet LLC.

A foreign office source has confirmed that the London High Court had directed debiting millions of dollars from Pakistan High Commission’s accounts by December 30. However, no deduction has been made so far, the source confirmed.

In this regard, the United Bank Limited UK had written a letter to the Pakistan High Commission on December 29, seeking written payment instructions with debit account details to facilitate the payment.

The bank made it clear that in case of non-compliance, the bank will have no choice but to unilaterally deduct the required amount from the high commission’s accounts as per the court order.

The source confirmed that around NAB’s Rs. 4.5 billion ($26.15 million approx.) is lying in the UBL, London account, which is operated in the name of Pakistan High Commission in the UK.

Meanwhile, the high commission has conveyed to UBL Chief Executive Officer (CEO), Brain Firth, that any attempt to proceed with unilaterally debiting their accounts will be a clear violation of the international law and a breach of trust that would impact the mutual relationship in the future.

The source also confirmed that the deadline given by the court has passed but no deduction has been made so far. It added that due to the NAB’s slackness, the country faced the additional loss of millions of dollars.

The NAB hired the Isle of Man, the Broadsheet LLC during former military dictator, General Pervaiz Musharraf’s era to trace hidden assets of 200 Pakistanis in foreign countries. The agreement was terminated in 2003. The firm’s claim against Pakistan was worth at least $600 million.

Established by a Colorado businessman, Jerry James, Broadsheet hit a rough patch in 2005 and entered into liquidation proceedings in the Isle of Man. However, it survived the recession and revived again.

Meanwhile, James established another company with the same name in Colorado and negotiated an agreement with NAB in 2008 that purported to settle the dispute for $5 million.

The anti-graft watchdog paid the amount, only to realize that the deal had no legal backing as James while signing a deal was not part of the original company. He committed suicide in 2011.

In August 2016, the International Tribunal Judge, Sir Anthony Evans, upheld Broadsheet’s arguments that the 2008 settlement was not binding on it, as James had no authority to act on the company’s behalf at that time.