Unlike Facebook, Instagram’s desktop version cannot be called seamless especially when you are browsing stories. The whole process is rather rough. However, this might change in the near future.

The Facebook-owned picture sharing platform is getting a much-needed facelift that will make viewing stories much easier. With the new update, stories now appear in a carousel instead of a single tile that takes over the whole page. The navigation, on the other hand, is the same. Users can manually click through the Stories or let them play automatically. However, with the new design, it is easier to keep track of where you are in your queue. 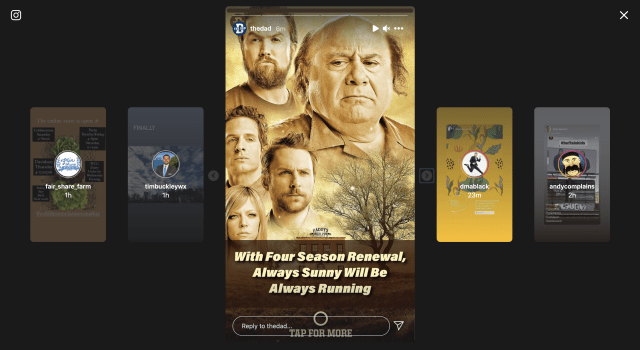 The revamped version of Instagram has not been publicly rolled out yet. Hence, we are unsure of how many users have received it and whether the change will be permanent or not. However, recently, an Instagram spokesperson confirmed the test and revealed that it began appearing to a “small group” of Instagram users last month, but didn’t comment on when it might be more widely available.

Over the last year, Instagram has slowly improved the functionality of its desktop site from adding a DM option to making tiles more appealing. Nevertheless, Stories has always felt clunky and ill-suited to larger screens. This might not be the biggest change but it will definitely improve the user experience.