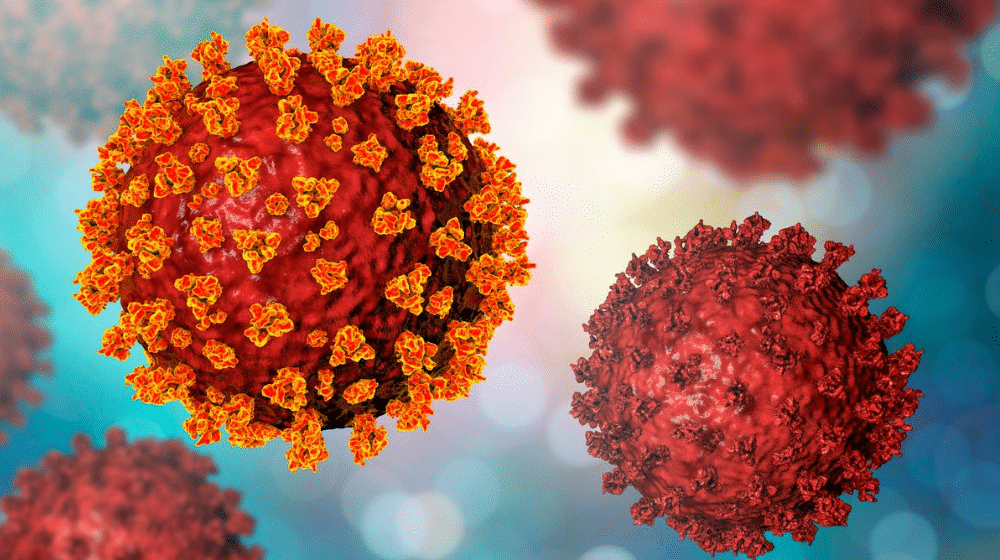 The advent of COVID-19 is remarkable as it has divided the time into a pre-COVID and post-COVID era. This infection is not just significant in terms of health and disease, but it was able to uncover the disproportionate distribution of wealth and resources in communities. Many studies from western counties such as Canada and the U.S. have reported discrimination in healthcare against races and ethnicities. These studies have reported instances where Latinos and the Black population had to face a lack of healthcare facilities.

One thing which COVID-19 made possible was the realization of the importance of science and researchers. Now we all know about the existence of words like R2, exponential growth, spike protein, mRNA, and so on. A new addition to the vocabulary of the common man is “variant.” However, as to what these variants are, how we know these are variants, and what are their effects, is still vague and unclear.

To help the general public, these concepts are described in easy words for better understanding.

Mutations are sudden changes in the genetic code of cells and viruses. Evolutionary scientists study selective pressures that shape the evolution of organisms. Selective pressure, also known as selection pressure or evolutionary pressures, are living (biotic) or non-living (abiotic) factors that affect the growth of a population at a place. Biotic factors can be a disease, predation, or parasitism, and abiotic factors can be sunlight, temperature, or pressure, etc.

Viruses are nonliving, i.e., they do not need food, nor do they reproduce as other living organisms do. Viruses are either enveloped or not. They are entities that contain their genetic material as DNA or RNA.

Are Mutations in Favor of the Virus?

One may think that why does a virus not mutate to a point where it is impossible to finish it? In nature, this does not happen because viruses replicate in the bodies of living organisms and these organisms have developed immunological processes that keep trying to kill the virus from the body. Hence a fight between the body’s immune system and the virus keeps going on until one of them loses.

Some viral mutations become deadly to the host and kill it before the host can infect and spread the virus to another host. This way the mutation will disappear from the population.

Some mutations occur which make virus lose their ability to infect, attach, and enter the host cell completely. This also removes the mutation from the population. However, helpful mutations keep the virus from infecting new hosts and cells. Scientists yet do not know where a mutation will occur.

Coevolution algorithms are used to extract any pattern of grouped mutations in viruses, and science is still trying to define which parts of the virus mutate together. However, we do know certainly that if a mutation arises on that part of the virus which attaches to the cell has a considerable effect on the overall infectivity of the virus.

What are Variants and Strains?

Isolate is the term given to the virus taken from a patient. Strains can be defined as types of a virus which have certain properties and immunological response. When a strain has a number of mutations those are termed as variants. If mutations lead to changed properties and immune response then such a variant becomes a different strain of that virus.

How clades and lineages are classified?

We study evolution by plotting the genetic code of viruses on a ‘phylogeny’. It is a tree-like structure in which we get to know which viruses are distant or together based on their appearance on the tree. The International Committee on Taxonomy of Viruses classifies viruses to species level. Below it there are not any formal guidelines to characterize virus species in clades or lineages. Each of these is defined by the set rules of a particular virus. On a tree, lineages are portions containing clades. Clades are the last part of a tree with descendants of the same ancestor.

What We Know About SARS CoV-2 Variants

Up till now, scientists are working to define how many strains SARS CoV-2 has and how many variants of these strains are circulating. A Chinese study at the beginning of the COVID-19 pandemic defines two strains, L and S based on the mutation difference they had. However, they may have grown into six- the original L strain, its first mutation S, strains V and G. To date strain G is the most widespread: it mutated into strains GR and GH at the end of February 2020.

Although the word “strain” has clear meanings, many times even scientists use them wrongly. A new strain will appear if the biological properties of that strain differ from others. However, all the SARS CoV-2 attach to the same human receptor (hACE2) and they do not have any different infectivity or severity of the disease.

These nomenclatures are yet to be defined. Rambaut and colleagues have defined 81 lineages of SARS CoV-2. In terms of variants, there are 3667 UK variants as mentioned by Dr Derek Fairley of Belfast Health and Social Care Trust.

Importance of Tracking These Variants

According to Professor Matt Holden of the University of St Andrews and Public Health Scotland more than 40 UK lineages circulated in Scotland, many were introduced by other countries through travel from Spain, Greece, Turkey, and Croatia, while two lineages in Scotland emerged from within UK (England). Three main lineages were seen in Scotland, two in the first wave and the third emerged and spread in the 2nd phase. One of 1st phase lineage emerged and disappeared in the first wave because of lockdowns and SOPs followed strictly. Re-importation of cases and international travel caused the spread of lineages and their re-introductions and cross border outbreaks.

Professor David Robertson of the University of Glasgow noted that 2 amino acid mutations per month in a global lineage can be misleading if we see the phylogeny without time. As SARS CoV-2 is a slow evolving virus, there was not enough positive selection at the beginning of the pandemic because it had no pressure in the form of immunity against it.

The newly highlighted variant which originated from UK in lineage B.1.1.7 has no evidence of mutation effect so far. The spread of this variant may be due to increased sampling, traveling and movement in population.

An extremely important point to note is computational modeling (by taking log-odds) tells that the growth of new variants is by chance, another concept in the evolution of viruses in a population, Dr. Erik Volz from Imperial College London explains. It means due to less immunity there is not any selection pressure of antibodies on the new variant hence it spread because of travel and movement across the UK. The high point of this variant’s spread coincides with the travel of October.

Our Future With SARS CoV-2

Although there are certain laboratory and epidemiological studies that show that the new circulating variants may have high transmissibility, but these variants are not causing severe infections. Scientists around the globe are worried that the virus can accommodate changes. The antibodies target the accessible region on spike protein of virus and there are not many mutations in that region. This is a worrying situation that requires extra surveillance but it does not by any means prove that the new variants are more deadly or super contagious as they are being termed. Professor David Robertson, University of Glasgow cited Harvey and colleagues (2020), this can be due to less selection pressure on the virus right now as the most population is susceptible. There is no scientific evidence so far that vaccines will not work. However, the current lineage has 17 changes as compared to the Wuhan strain upon which vaccines are constructed, which is a worrying situation.

The new variants of the UK and South Africa have been identified in over 40 countries including Pakistan, the US, Canada, Europe, and Asia. What remains important is surveillance of cases and genetic changes so that scientists can prophesize any major issue in the future.