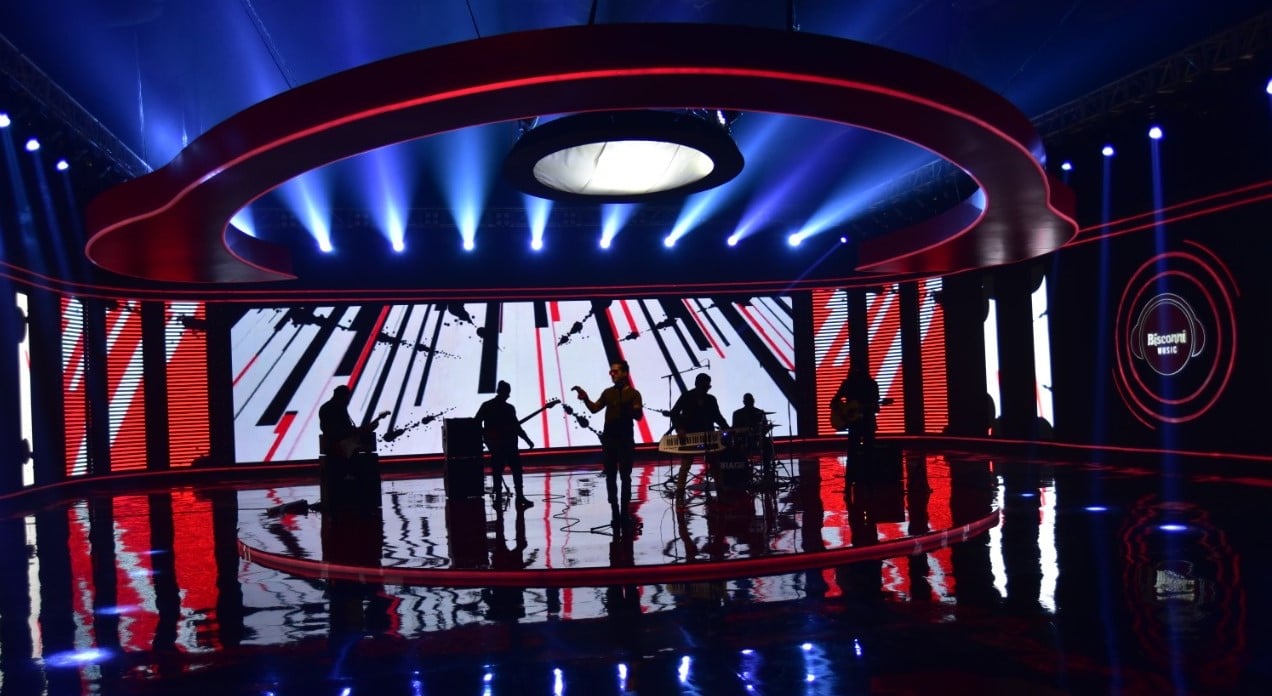 In the past few weeks since Bisconni Music came to town, and enthralled us with fresh sounds on our TV screens, there has been considerable talk of loving the new energizing music everyone needed this year. Since early this month, Bisconni Music had landed on Pakistan’s music stage successfully delivering hit after hit.

The third episode is out now and the only thing that’s on everyone’s mind is the boys who made this episode epic and exciting, with power-packed performances and giving their fans a true rock and roll Pakistani music experience.

The episode started off with heartthrob Ali Khan, known for his calm personality, now seen in his new avatar on the big platform. ”Surmai Ankhon Mai” is not like his usual songs that have a mellow vibe with lyrics that can make one sad;  this song has a beat that will make one pull on their dancing shoes. It’s catchy, rhythmic, and has a fun element to it.

Anticipating Ali Khan’s song and knowing he wrote it ages ago, his performance at Bisconni Music lived up to expectations. The electro-pop song enables the listener to indulge in love where the beat goes high and low complimenting each other perfectly well.

The song benefits most from the winning combination of Ajay Harris on Drums, Mohsin Raza Shah on the Electric Guitar, Bradley D’Souza playing Bass Guitar, and the master of producing music Saad Hayat on keys. Pakistan’s finest produced one of the most iconic songs of the season

Then came the big surprise we were not expecting. The guru himself Saad Hayat, who we now know, produced the music for a majority of the songs, was seen on the keys, had participated as one of the back vocalists and in this third episode, released his own song  “Gum Na Ho”.

It’s a rock piece designed to touch your soul with its deep lyrics but gives off a nostalgic early 2000’s rock vibe which will definitely take you back to the heydays of Pakistani music. Lending his voice to the melodies of love this song will color this season’s canvas.

Saad wrote, composed, and arranged the song himself and also was seen playing the electric guitar with Mohsin Raza Shah who also played the acoustic guitar and with Bradley D’Souza on Bass Guitar the end product is delightful. He’s truly the artist whose dedication is unmatched.

The episode couldn’t have had a better end than Shuja Haider closing it. The resurgence of ambient-pop music has been brought back in “Dil Bhara Nahi”. Shuja making everyone revisit the heartache of a loss experience leaves a great impact on its listeners.

Being an original track this song allows Shuja Haider to create a new identity for himself as a solo singer of his own music after seeing him sing covers all these years. Shuja’s soulful voice is perfect for the song and his fans have already started to fall in love with it.

This heartfelt piece, already making its way into our hearts, is composed, arranged, and written by the talented singer himself. Three episodes down and Bisconni Music is proving to be a worthy contender on the national music scene with its fresh take on Pakistani music and showcasing notable talent.