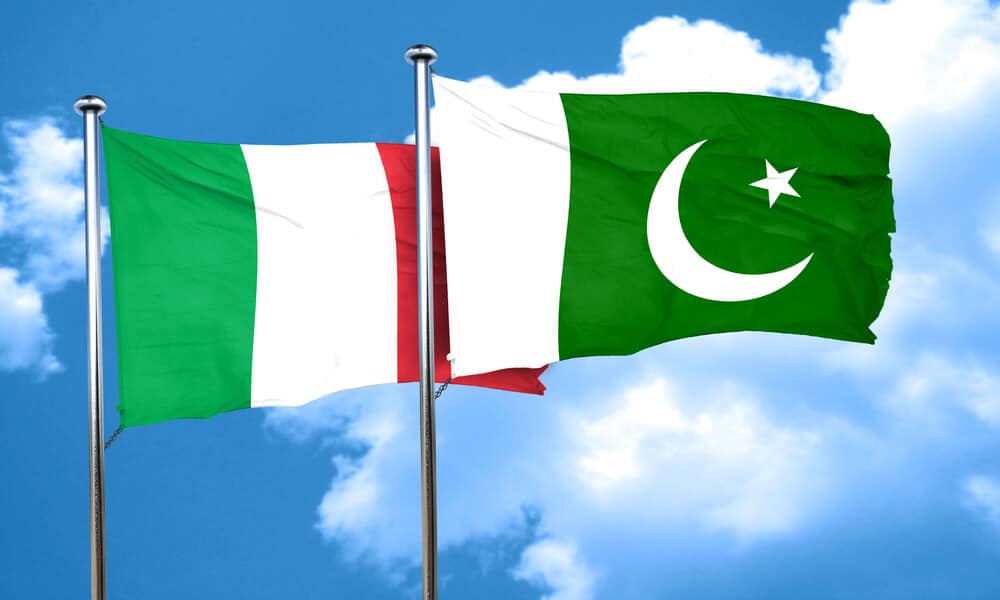 The Italian Ambassador, Andreas Ferrarese, has stated that Pakistan and Italy have a massive potential to lift their bilateral trade volume to $5 billion, and pointed out that Italy’s construction, agriculture, and tourism sectors hold several opportunities for it.

The ambassador visited the Lahore Chamber of Commerce and Industry (LCCI) and remarked that the Government of Italy is committed to strengthening ties with Pakistan in every area of opportunity.

“Italy has over $5 trillion in savings, hence it possesses ample fiscal space to undertake investment projects,” the envoy said, adding that “Pakistani investors should come forward and avail themselves of investment opportunities”.

Ferrarese said that Italian visas with a validity of three to five years would be offered to potential investors from Pakistan.

“This will help enhance business-to-business contacts as well as trade relations between the two nations,” he explained.

Speaking on the occasion, the LCCI President, Mian Tariq Misbah, said that Italy is an important trading partner of Pakistan in Europe as it had ranked fifth among Pakistan’s top export destinations.

“For the first time, Rome has ranked first among the major supplying markets for Pakistan’s imports from the European Union. With a consistent uptrend in two-way trade, it is indeed a healthy sign that both imports and exports are increasing with each passing year,” he added.

Misbah added that Pakistan’s exports to Italy are mostly in textile items, leather products, and rice.

“Italy is extending technical assistance to Pakistan in the textile, leather, and marble sectors,” he said.

Misbah also announced that Pakistan had recently introduced the mobile device manufacturing policy and the electric vehicle policy, which had provided a feasible platform for the companies of the two countries to undertake joint ventures.

“We intend to develop a close liaison with the Italian Trade Commission office in Pakistan in order to exchange important information related to trading queries,” he added.

The LCCI President also revealed that Special Economic Zones that offer modest tax incentives to investors are being established under the China-Pakistan Economic Corridor (CPEC).

“If Italian companies take interest in investing in these zones, then Pakistan can become a lucrative destination for them,” he said.

The LCCI Senior Vice President, Muhammad Nasir Hameed Khan, and the Executive Committee members Chaudhry Khadim Hussain and Shahid Nazir were among the attendees of the session.