The Pakistani Rupee (PKR) gained 10 paisas against the US Dollar (USD) in the interbank currency market on Wednesday following a loss of eight paisas on Tuesday and 19 paisas on Monday against the greenback.

The PKR has been gaining against many of the other major currencies for most of the current calendar year. While Monday’s tally continued the trend, Tuesday and Wednesday showed more deterioration for the PKR than gains.

It eroded against every major currency in the international currency market on Monday and somewhat repeated the trend on Wednesday except turning the tide against the UAE Dirham (AED) and the Saudi Arabian Riyal (SAR).

The PKR lost 16 paisas to the Euro on Wednesday, adding to a loss of 71 paisas on Tuesday that came after a gain of 61 paisas on Monday. It also lost Rs. 1.03 against the Great Britain Pound (GBP) in the interbank market today, adding to its loss of 96 paisas yesterday after a significant improvement of Rs. 1.52 on Monday. 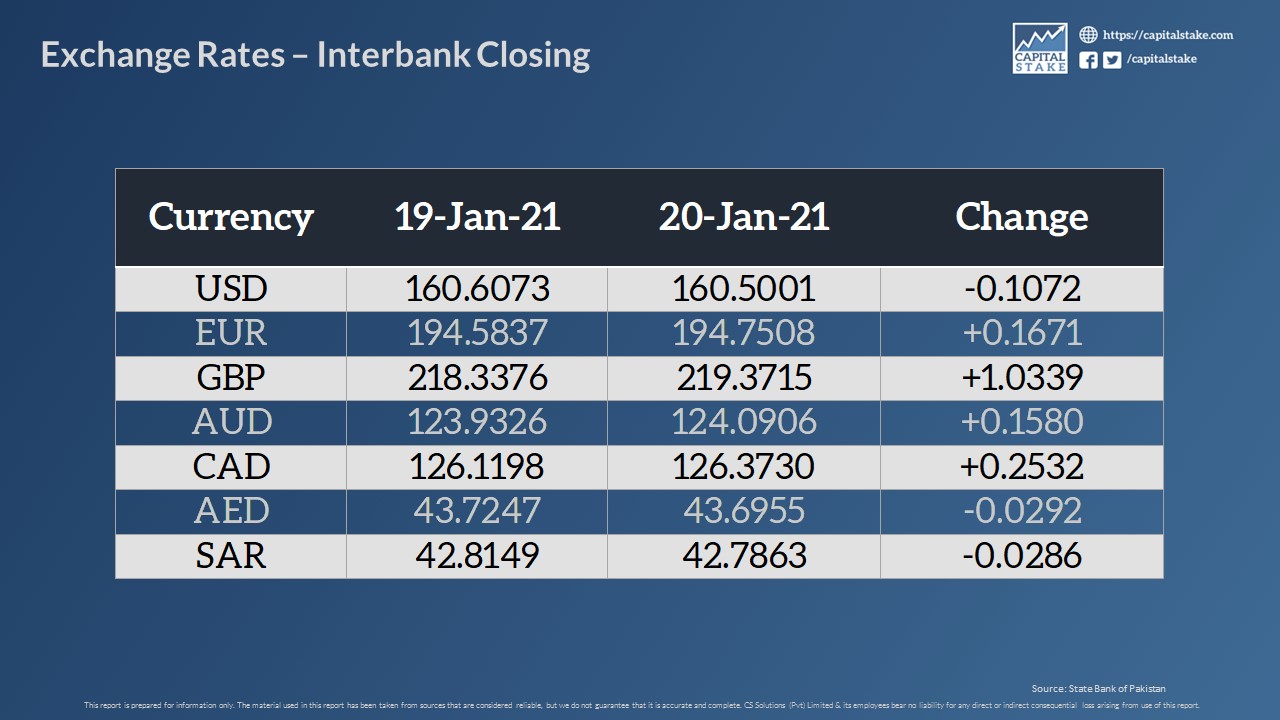 It deteriorated by 15 paisas against the Australian Dollar (AUD) on Wednesday after losing 74 paisas on Tuesday. This was after a gain of 83 paisas on Monday.

The PKR lost 25 paisas against the Canadian Dollar (CAD) today further increasing the loss of 59 paisas yesterday. This change happened after a gain of 86 paisas on the opening day of the week.

Pakistani Rupee Opens the Week With Huge Gain Against the GBP