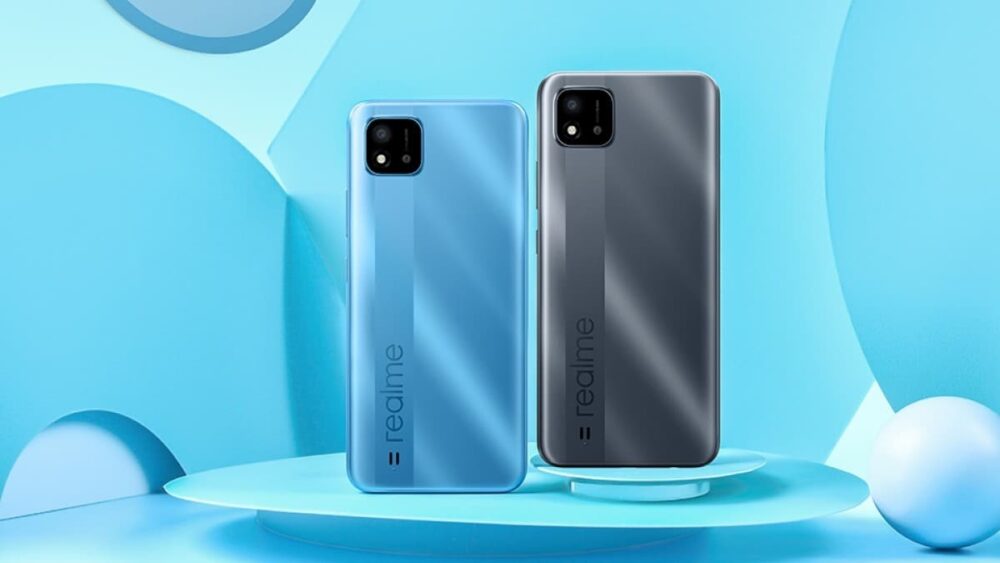 Realme has launched another entry-level offering that goes by the name of C20 that starts for only $105, but with a large 5,000 mAh battery, a tall display, and an octa-core processor. The first market to see the phone is Vietnam, but it should be arriving in other regions shortly. The screen is a 6.5-inch 720p LCD panel with a waterdrop notch at the top for the selfie camera and a large bottom bezel. The rear panel has a two-tone design with a thick strip going down the main camera carrying the Realme brand name. There is only a single camera in the square-shaped module beside an LED flash.

The device features the 12nm MediaTek Helio G35 SoC with 2GB RAM and 32GB storage that is expandable through a microSD card. The chipset features a Cortex A53 based Octa-core processor with up to 2.3Ghz clock speeds.

As mentioned earlier, there is only a single camera at the back. It is an 8MP shooter that is capable of capturing HDR photos and 1080p clips at 30FPS. The selfie camera housed in the waterdrop notch is a 5MP sensor that is also capable of snapping HDR photos.

The battery compartment features a large 5,000 mAh battery cell, but sadly, it charges up through the dated microUSB port and there is no fast charging support either.

The Realme C20 comes in Blue and Grey color options for only $105.