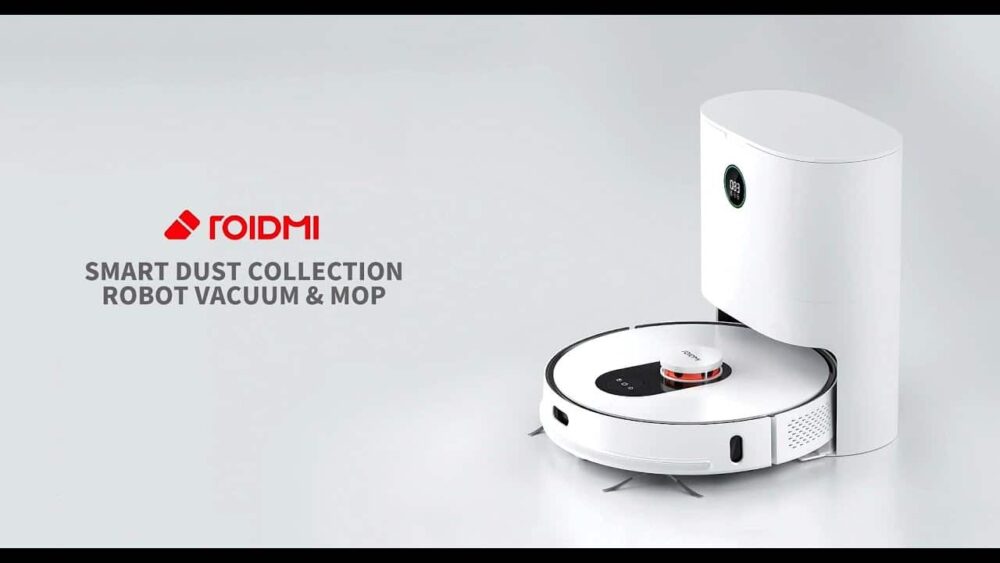 Xiaomi’s ecological chain company Roidmi has unveiled a new robot vacuum that has a stand-out feature giving it an edge over standard vacuum cleaners. Xiaomi’s robot cleaner is able to automatically empty its dust box, which is why it’s called the Self Collecting Robot Vacuum. Xiaomi’s new vacuum cleaner has a rear suction system for dust collection and it can also automatically pack the dust and empty its box when needed. The dust bag has a capacity of 3 liters which can automatically pack dust and prevent it from leaking. The robot not only keeps the house clean and dust-free but also fragrant and germ-free with its ozone antibacterial and deodorant technology.

The Roidmi Self-collecting Robot Vacuum uses a new generation of super-sensing lidar technology to quickly scan the house, create a digital map in its memory, and also plan a route using its SLAM algorithm. Additionally, the robot is also equipped with a smart micro-control water tank that can seamlessly control water output and keep it uniform with the help of a microchip. The capacity of the water tank is 250ml and it can cover an area of 300 square meters on one charge.

The Roidmi Self Collecting Robot Vacuum is currently only available in China right now for $463.