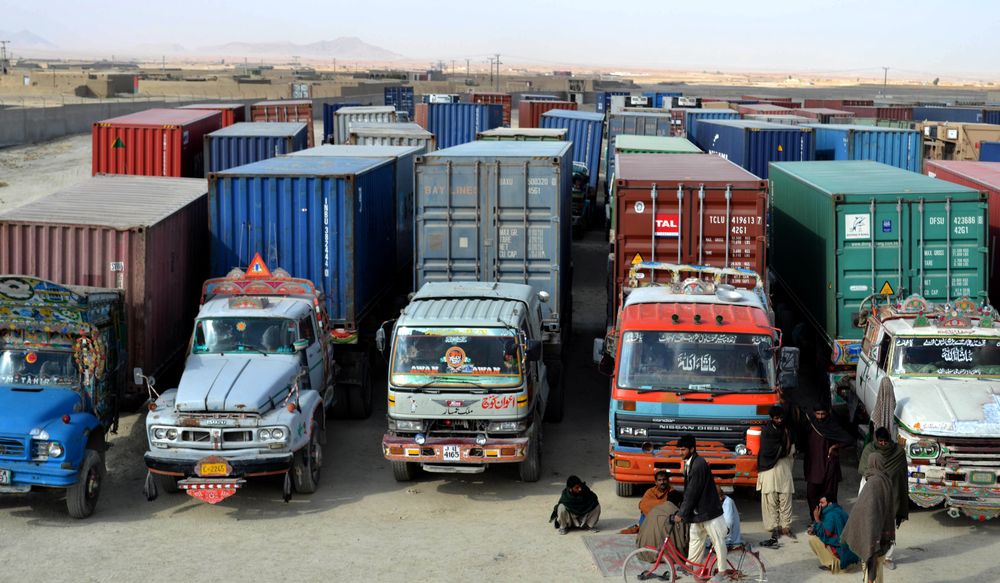 The Federal Board of Revenue (FBR) has issued a new procedure for the customs officials, Frontier Constabulary (FC), and terminal operators to monitor and check cross-border movement of vehicles carrying goods, specifically Afghan Transit Trade items, through Border Customs Stations.

As per new procedure, the cross-border officer [customs officer] shall record the confirmation of export in the system, after physically verifying export cargo at the terminal/station exit gate, and shall generate system based three copies of “Cross-border authorization” to be collected at the zero-line by the officials of Customs, FC and terminal operator, respectively, to ensure cross border of the vehicle and cargo.

Every day in the morning, Customs, FC, and terminal operator shall reconcile all the import manifests of the incoming vehicles of the previous day with a system-generated list that goods declarations (GD) have been filed for all incoming vehicles.

In case, goods declaration (GD) is not filed within forty-eight hours of the arrival of the vehicle, the reasons may be ascertained by the Customs for late filing of ID, including verification of the location of the vehicle inside the custom station or terminal.

At the end of the day, all cross-border authorizations collected by customs authorities as well as the FC and the terminal operator shall be re-reconciled to ensure that all the requisite transport units, which were issued gate-passes, have crossed the border.

The daily imports and exports statements reconciled jointly shall be counter-signed by the concerned Assistant Collector or Deputy Collector of the Enforcement Collectorates.

The Directorate of Transit Trade shall conduct the reconciliation of transit cargo and empty containers as per the mechanism given under the rules.

In case of any discrepancy, the person-in-charge of the Customs station will initiate action under the relevant provision of the Customs Act, 1969, FBR stated.

According to the new procedure, the data entry of the import manifest would be done at the time of terminal gate-entry. The person-in-charge of the vehicle carrying imported goods on arrival into Pakistan shall deliver the import manifest in the form prescribed in these rules to the gate-in-officer.

After recording of import manifest information, the gate-in officer shall process gate-in of the vehicle and goods in the system on a real-time basis.

Regarding the filing of import goods declaration, the importer, or his authorized representative, shall subsequently file goods declaration against the Index number already generated in the system for prescribed customs processing.

For the release of import cargo, once customs processing of goods declaration, including payment of leviable duty and taxes, has been completed, and on receiving authorization from the Pakistan Customs computerized System (PCCS), the terminal officer shall electronically assign vehicle and cargo to the Gate-out-officer for electronic gate-out in the system, FBR said.

In case of exports, the exporter or his authorized representative shall file export goods declaration against the vehicle and goods meant for exports, before the vehicle enters the border custom station.

Pakistan Customs is Gearing Up for More Achievements in Future: Chairman FBR

Finally, for the processing of Gate-in, after the filing of export goods declaration by the exporter, or his authorized representative, the information shall be verified by the gate-in officer. The gate-in officer shall record the gate-in event in the system.

After completion of processing, the GD will be out-of-charged, and a message will be sent to the terminal operator. After receiving the message from the PCCS, the terminal officer shall assign the vehicle and cargo to the cross border officer for electronic cross-border in the system, FBR added.