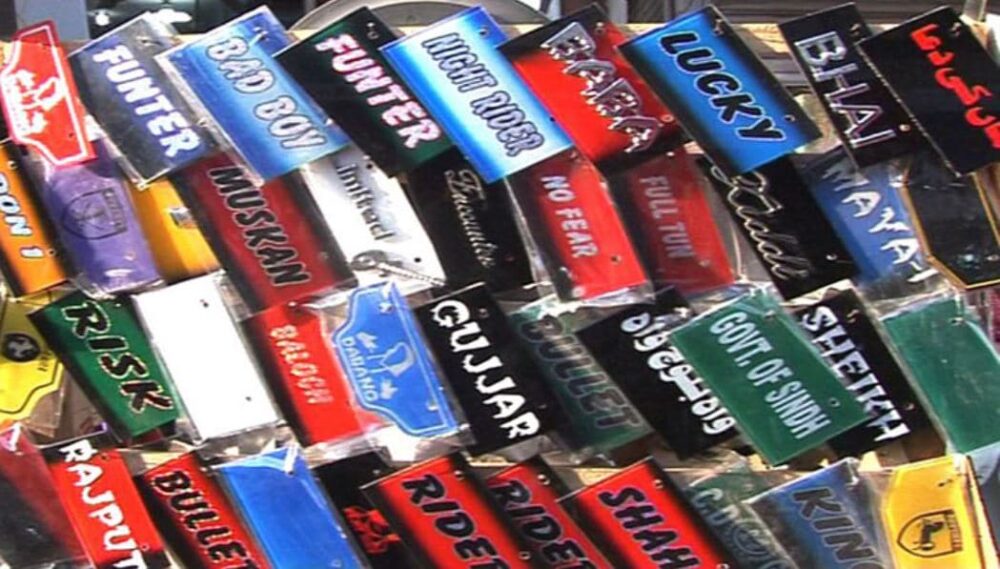 A media report also adds that over 12,000 motorists have been subjected to legal action from the authorities amid the operation. Sources stated that these pressure horns were found mostly being used by bus and rickshaw drivers.

Furthermore, the fancy number plates were mostly installed on motorcycles and passenger cars in the city. The report added around 12,000 challans have been issued to the users.

Supreme Court Lifts the “No Helmet, No Petrol” Ban in Lahore

The campaign was announced by the Deputy Inspector General of Police (DIG), Iqbal Dara, Chief of the Karachi Traffic Police, back in December of 2020.

DIG Dara informed that as per the orders issued by the Sindh High Court, a notice has been provided to the public informing that the use of pressure horns, unauthorized registration number plates, fancy number plates, tinted glass, revolving lights, bar lights, and unauthorized sirens, is banned in Karachi.

A deadline was also given to the public to remove the aforementioned items from their vehicles before January 4, 2021. Since that day, the authorities have taken action against a large number of motorists that were found violating the notice.