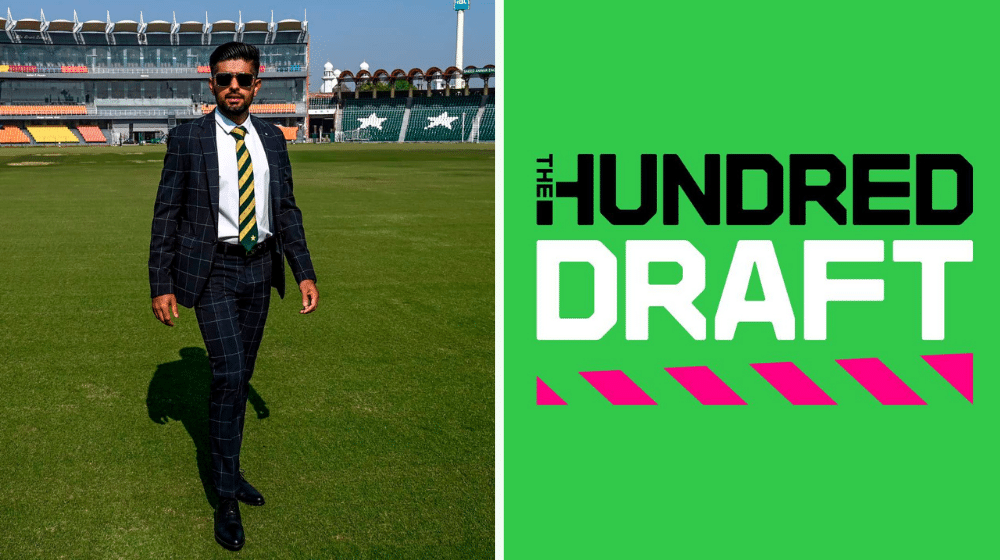 Pakistan captain, Babar Azam, has been named among the top 11 most expensive players in the draft for the Hundred. A total of 500 players have registered for the draft, out of which only 28 spots are up for grabs. Azam, along with ten other high-profile cricketers, is in the most expensive category with a base price of £100,000.

Draft for the tournament will be held on Tuesday, with top international cricketers registered to take part in the tournament. Quinton De Kock, David Warner, Shakib-Al-Hasan, Lockie Ferguson, Jason Holder, Kieron Pollard, Nicholas Pooran, Kagiso Rabada, and Tamim Iqbal, along with Babar, are available in the most expensive category.

A total of 36 Pakistani players, including Babar Azam, have registered themselves for the draft. Mohammad Amir and Shaheen Afridi will not be in the draft as they have already been retained by their teams. Amir will represent London Spirit, and Shaheen will feature for Birmingham Phoenix.

Former Pakistan captain, Shahid Afridi, has also registered himself for the draft. He is named in the second most expensive category, with a base price of £80,000.

The Hundred is set to be played in the summer of 2021. Pakistani players might be available for the entire tournament as Pakistan currently has no scheduling conflicts.