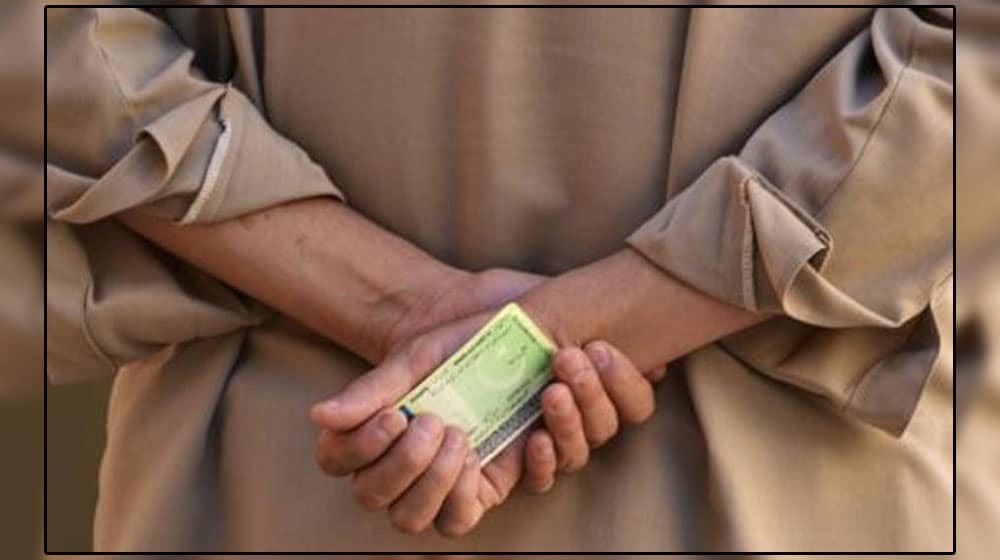 Business and trade bodies have strongly recommended the Federal Board of Revenue (FBR) to abolish the computerized national identity card number (CNIC) condition on sales in the coming budget (2021-22).

The issue of the CNIC was discussed during the meeting of Mian Nasser Hyatt Magoo, President Federation of Pakistan Chambers of Commerce and industry held with Chairman FBR along with senior officials from Customs and IRS.

The members from different trade bodies invited the attention of FBR towards the CNIC condition on sale which is counterproductive to required sales tax collection as well as impede the industrial production and markets sales. Nowhere in the world CNIC or identity is asked from buyers, Pakistan is the only example set by FBR causing problems in business, in specific promoting the agitations on street by the agents of sales of produce, the conducting of small business be settled in peace by removing CNIC condition for buyers.

Mian Nasser Hyatt Magoo said that it is high time to have a paradigm shift in the tax structure to induce investment, promote production and grow the economy.

He said that the constitutional and lawful position given to FPCCI through Act of parliament to represent the private sector of trade, industry, and services had been diluted by FBR through marginalized interaction with the apex body. He added that hardly any response is given by FBR against matters of members of trade bodies referred to FBR. He further stated that the revenue-generating agents are being ignored by FBR, which is against the obligation which it owns.

President FPCCI said that instead of negotiating with institutional representatives of FPCCI, FBR is attending Para shooters who have no locus standing to represent private sector stakeholders. He said that FBR should not accord market practicing tax lawyers and tax consultants to represent FPCCI in the FBR various committees.

Mian Nasser Hyatt Maggo, President FPCCI said that FBR must come back to its past position since the decade to negotiate trade, industry and business matters with/through apex body. The FPCCI collects fiscal improvement proposals from all the members’ bodies of trade and industry and CCIs to consider the paradigm changes in the present taxation for promoting economy with incremental tax revenue on a sustainable basis.

The apex body and its working on financial and other issues, if are taken up seriously with a higher percentage of acceptance with a higher level of seriousness of FBR would be a possible solution to make the budget which conducts business in harmony instead of amongst present conflicts and contradiction.

The attention of the FBR was invited towards present leverage to groups other than FPCCI, which is against the lawful representation which FPCCI enjoys. It was said that the SMEs being said to be the backbone of the economy are being practically ignored and the persons of powerful and in-person connected groups have replaced the representation in decision making at the FBR level.

The participants invited the attention of Chairman FBR that still the entry of raw materials in part II of 12th schedule of Section 148 of Income Tax Ordinance 2001 has not been facilitated, which is in the exclusive domain of FBR to resolve. The attention was also invited towards the glaring example of not entering raw materials and sub-component imported by vendors under SRO 655 but on the contrary, all the components imported by assemblers have been assigned part II of the 12th Schedule of Section 148.

This high-handedness that weaker and SMEs segment not being well connected in the FBR committees are not being accommodated for otherwise on high reasonable ground.

Other manufacturers also claimed continued ignorance of their requests pending with FBR with zero response. Tax structure on import of tea requiring rationalization was also put to the notice of Chairman FBR. Notices have become multiplied after the split of Inland Revenue Service (IRS) tax offices from an earlier single unit to changed multiple units has eroded the concept of facilitation through One-Window. The same showcase notice is now originating from various windows opened in IRS.

The attention of Chairman FBR was also invited by the FPCCI towards the requirement of independence of tax judicial system, which presently negates the constitution and is pending for long for implementation in order to be constitutionally compliant.

While replying, the Chairman FBR Mr. Muhammad Javed Ghani said that he has noted the matters at large given by the members of the trade bodies and said the FBR Help Desk will be established in FPCCI but however, it requires consultation with various wings of FBR in order to open the Desk for a productive outcome.

He further informed that the reduced human interactions are their policy towards which we are working and even we have improved the recent refunds in less period than it was earlier, which nearly is 70 to 80 percent more than the preceding period. He also said that frequent and purposeful interaction with FPCCI is being recognized to be a good move in the objective development of the economy of the country.