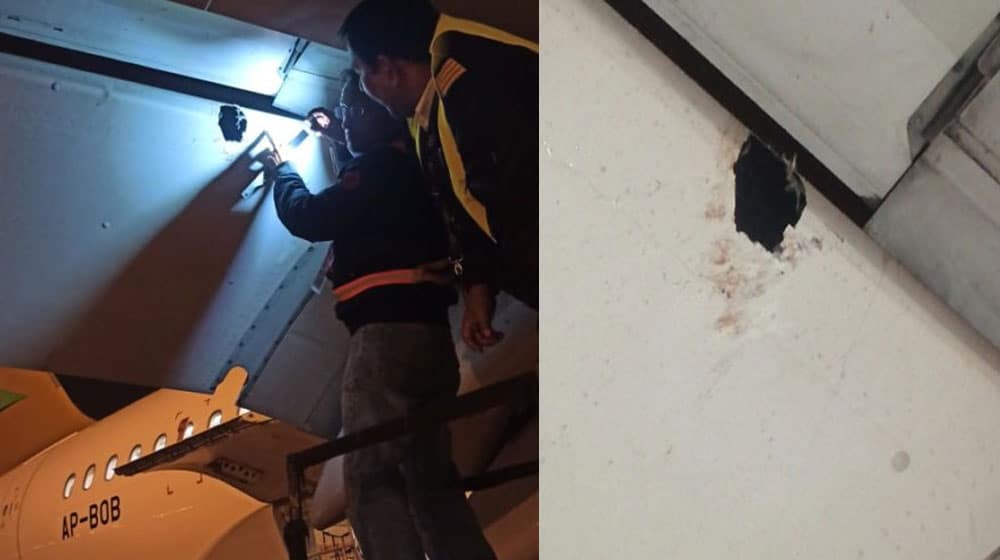 A domestic private airline’s passenger aircraft narrowly escaped a disaster after one of its wings got damaged by a bird strike.

As per details, the Islamabad-bound flight from Karachi, PF-125, was hit by a bird while landing at the New Islamabad International Airport on Thursday.

The impact of the strike was so strong that it caused a hole in the aircraft’s wing. Nonetheless, the captain managed to land the plane safely.

A spokesperson of the airline confirmed the development and said that the aircraft has been grounded and their engineers are working to repair it.

The incidents of bird strikes are constant at various airports of the country, especially in Karachi and Lahore, due to a lack of cleanliness in the adjacent areas.

Due to these strikes, the airlines incur losses of millions of rupees in repair work of affected planes.

To control these occurrences, the Civil Aviation Authority (CAA) has decided to install the acoustic bird repellent system at the country’s major airports to ensure flight safety.

In the first phase, the repellent systems will be installed at Karachi and Lahore airports.

The CAA has already invited applications from well-known firms and individuals experienced in wildlife management at airports.