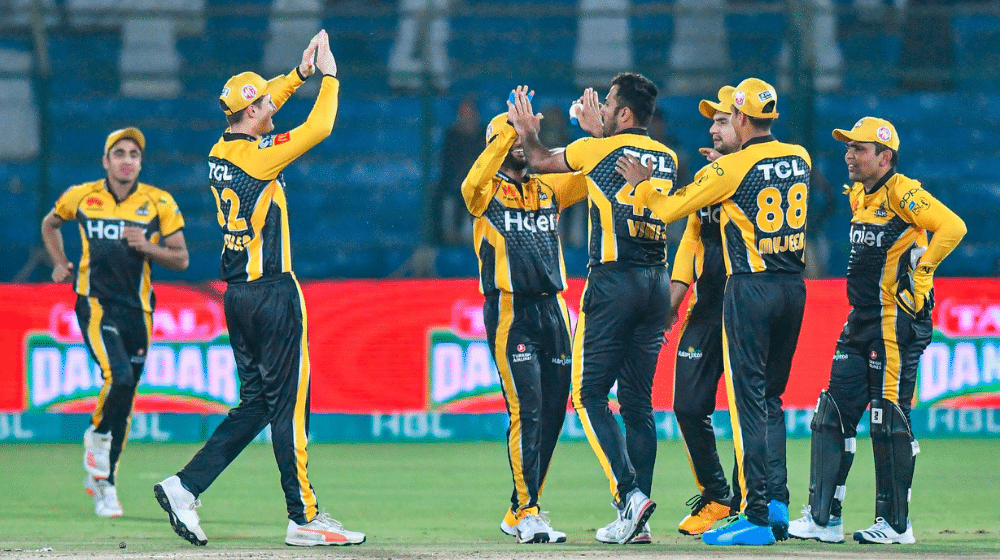 Islamabad United had no answer to the brilliant bowling performance by Peshawar Zalmi as they were bundled out for only 118. Zalmi’s captain, Wahab Riaz put in a man of the match performance, taking 4 wickets for only 17 runs as United were bowled out within 18 overs, registering the lowest score of the tournament so far.

Peshawar Zalmi continued their fine form and have now won three consecutive matches, moving up form the third position to the top of the PSL points table.

Zalmi did get off to a nervy start in the run chase, losing both their openers cheaply. Tom-Kohler Cadmore and Shoaib Malik steadied the ship for Zalmi, chasing down the small target comfortably.

Islamabad need to get their act together before their next match against the bottom of the table Quetta Gladiators, scheduled to be played on 1 March. Peshawar’s next match is the top of the table clash against defending champions, Karachi Kings.

Islamabad United currently sit at the top of the PSL points table and will be looking to assert their dominance in the league against Peshawar Zalmi who pulled off an amazing run-chase against Quetta Gladiators in their last match. Islamabad are the only side in the competition that is still unbeaten and they would like to continue their magnificent start to the campaign.

Zalmi have bounced back in style after losing their first match. They won two consecutive matches, chasing down high totals in both matches. Their middle-order of Tom-Kohler Cadmore, Shoaib Malik, Haider Ali and Sherfane Rutherford looks solid and has contributed towards both of their victories.

Islamabad on the other hand have begun their tournament in some style, winning both their matches by chasing targets as well. They defeated defending champions Karachi Kings in their last outing, clinching the match after a perfect run chase.

Both the teams would look to continue their momentum and no changes are expected in either of the playing XIs.

Both teams have encountered each other twelve times in the tournament. 6-6 is the scoreline after the 12 games that have been played between the two sides.

Islamabad United:
Hasan Ali will return to face his former team for the first time since he was released by Peshawar Zalmi after five successful seasons. Hasan is the second-highest wicket-taker in the tournament’s history and almost all of his wickets came for Peshawar Zalmi. Hasan will be fired up for the occasion and if the generator is in form, he can win the match single-handedly for Islamabad United.

Peshawar Zalmi:
Wahab Riaz has had a torrid start of the tournament with the ball. He has conceded 50+ runs in consecutive matches and recorded his most expensive spell in T20s in his last outing. He will need to amp up his performances if Peshawar want to do well in this tournament. Wahab has shown countless times that he has the character to come back and it is high time he puts in the performances expected of him.