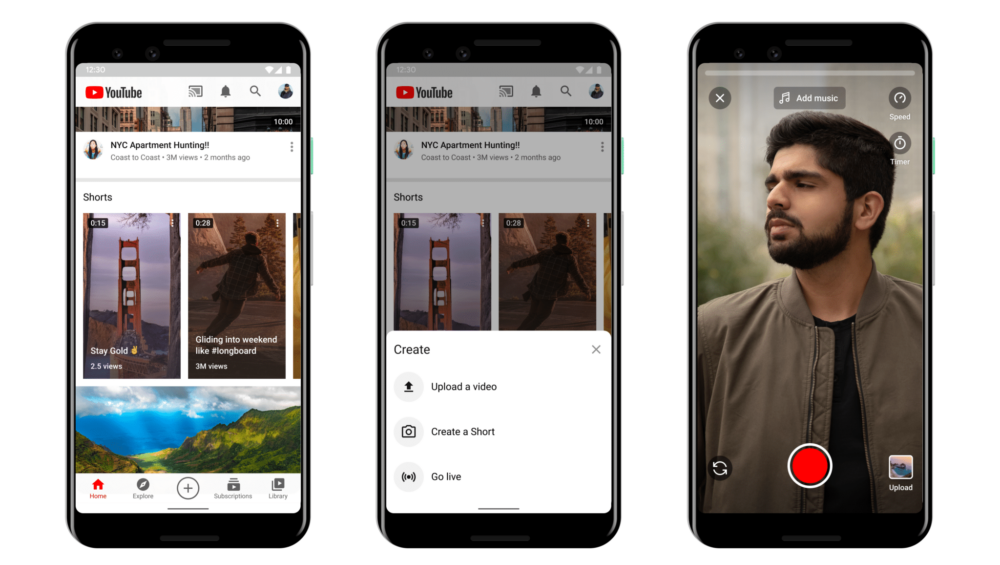 YouTube is going up directly against TikTok with its short video sharing platform called Shorts. These short videos will be shot in portrait orientation and is an obvious attempt to take on Chinese social media giant TikTok.

People in the US have started receiving the feature already, which means that a global rollout should not be far from now.


However, not all American users will get the feature immediately as it is still in beta. The company is likely doing some testing on their end and users will only get the feature after getting an update for their YouTube apps. Since YouTube has been working on Shorts for a year, a stable version of the update should be right around the corner.

YouTube Shorts might actually be able to take the fight to TikTok as it is already a highly popular platform, not to mention the early beta version for Shorts received more than 3.5 billion views. On the other hand, TikTok managed to reach more than 1 billion monthly active users, beating every other social app.

As mentioned earlier, the global rollout for YouTube shorts has not happened yet, so sit tight if you don’t have the feature just yet.