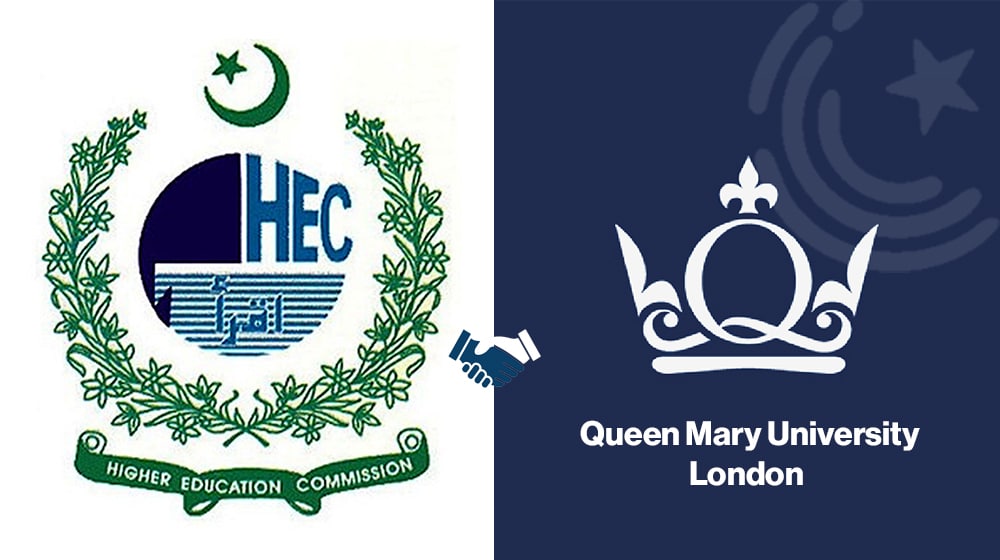 The Higher Education Commission (HEC) has signed an MoU with the Queen Mary University of London (QMUL) for 75 scholars to enroll in its Ph.D. programmes in the next five years.

Speaking at the occasion, Dr. Shaista commended the QMUL’s support for Pakistani scholars and expressed her hope that the bilateral cooperation between the two groups would facilitate the achievement of an ideal ecosystem for human development. She added,

There is no medium better than education to improve perceptions about each other.

She remarked that Pakistani scholars are fortunate to have the opportunity to study at the QMUL and appreciated its administration for offering huge fee waivers to the scholars selected by the HEC.

The HEC has been collaborating with the QMUL to provide high-quality research training to Pakistani Ph.D. scholars since September 2016, which has culminated in the pursual of doctoral programmes in various fields by 35 scholars from Pakistan.

Similarly, a good number of HEC scholars are studying in diverse Social Sciences fields to contribute to the improvement of the country’s socio-economic construct.