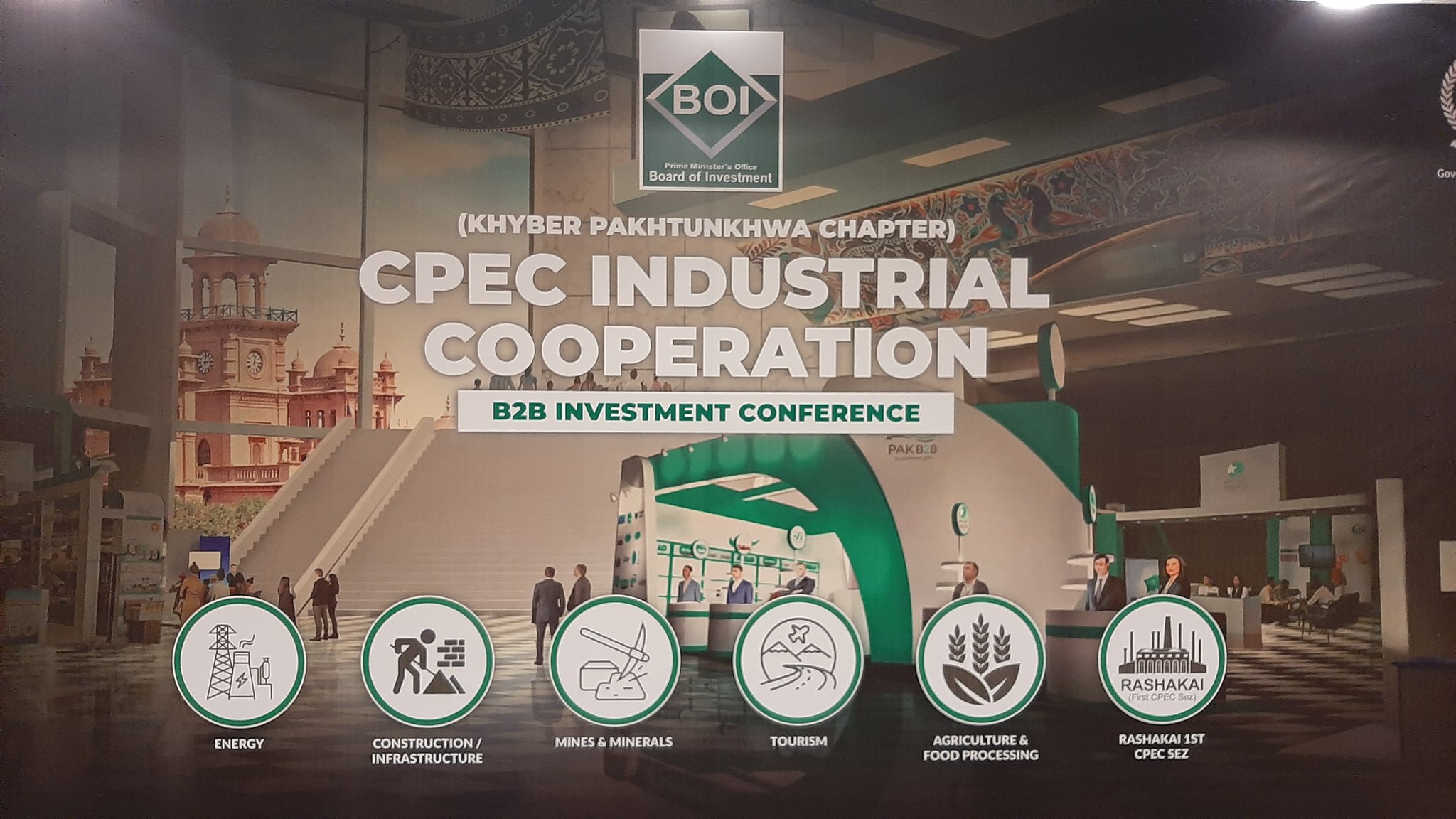 In addition to this, he said that the rumors of the pace of execution of the CPEC projects slowing down are false. Adding that the projects are following their respective timelines. He said this while talking media in Peshawar today.

Earlier, while addressing the inaugural session of the CPEC Industrial Cooperation, Business-to-Business Investment Conference KP chapter, the minister said that there are enormous investment opportunities in Khyber Pakhtunkhwa.

He highlighted that KP is at the forefront of the energy sector in Pakistan. Furthermore, he underscored the significant potential for investment in the tourism sector. The provincial minister said that the current government has paid a lot of attention to enhance the capacity of the said sectors.

CPEC Energy Projects Will Not Add Debt Burden on Pakistan

Inviting investor, he said that the energy, mining, minerals, construction, tourism and hospitality, health, and labor sectors have immense potential for investment and joint ventures.

He added that Chinese and Pakistani investors could join hands to take advantage of these opportunities, and third-party investors are also welcome to be a part of these projects.

The Chairman said now that the second phase of the China Pakistan Economic Corridor has commenced. He stated the Federal BOI would continue to take lead on investment promotion, facilitation, and industrial cooperation.

He said the first phase of CPEC required the leading role of the government, while the second phase calls for the enhanced role of industrialists, the private sector, and the business community.

He also invited the Business Community, from not only China but also from other countries, to come, and invest in Pakistan’s economic sectors.

He thanked the HBL team for their timely cooperation.

He said that Pakistan accords top priority to the development of Special Economic Zones under CPEC. Currently, out of the nine CPEC SEZs, two are in an advanced development stage, including Rashakai SEZ in Khyber Pakhtunkhwa and Allama Iqbal Industrial City in Faisalabad, Punjab.

He said that attractive fiscal incentives are being offered under SEZs at Rashakai, Allama Iqbal Industrial City, such as a 10-year tax holiday and custom duty exemption on import of Capital Goods to both the developer and enterprises housed in the SEZs.

Talking about the forum, he said Business-to-Business Interactions like this provide investors an opportunity to engage in a constructive dialogue.

He said that he is hopeful that today’s conference will ignite the flame of true B2B Industrial Cooperation that will aid the steady economic and regional development under CPEC by uniting and taking onboard all the sectoral stakeholders.