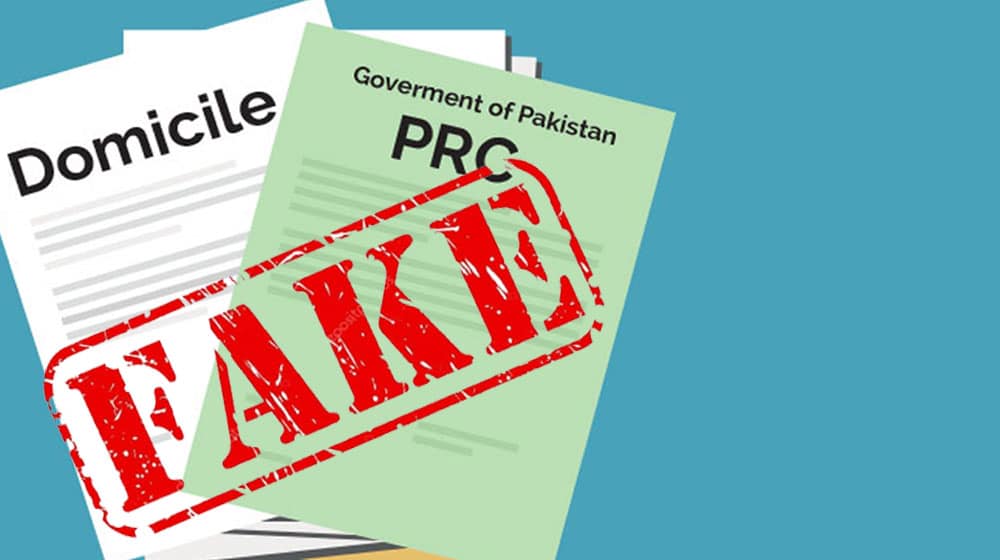 In a crackdown against forged domiciles and permanent residency certificates (PRCs) across the province, the Sindh government has constituted a committee to scrutinize the credentials of people intending to get these documents ready.

From now on, the committee under the additional chief secretary will oversee the domicile and PRC applications. The applicants will be required to confirm their residence to get it made.

The move comes after the Pakistan Peoples Party-led government decided to resolve the longstanding issue of fake certificates being used to avail jobs and admissions in the province.

The committee includes five members, including the secretary and the additional secretary home department.

The issue of fake domiciles has been highlighted by the media for a long time. However, the provincial government did not move until Muttahida Qaumi Movement-Pakistan (MQM-P) approached the Sindh High Court (SHC) in this matter.

The report said that the issuance of fake domiciles could not have been possible without the knowledge of deputy commissioners. The committee had recommended stricter rules for PRCs.

It further recommended firing the provincial employees who acquired the jobs based on fake documents and demanded a high-level committee for the scrutiny of domiciles issued during the last ten years.