The Pakistani Rupee (PKR) opened the week with a gain of 14 paisas against the US Dollar (USD).

PKR closed at Rs. 156.99 against the USD on Monday (15 March), up 14 paisas compared to Friday’s closing of Rs. 157.13 against the greenback in the interbank currency market. According to Arif Habib Limited, this is the strongest since March 9, 2020.

According to market experts, the momentum of remittances and Roshan Digital Accounts (RDAs) inflows has continued. Remittances stand at $2.26 billion as of February 2021, which show 24 percent growth, and RDAs are expected to bring in another $671 million till March 11, 2021. Furthermore, Special Convertible Rupee Accounts also brought about $30 million primarily through bonds.

However, despite these inflows PKR remained almost stable and capped some higher gains it made last week.

“Forward selling by exporters has slowed down, but more importantly, dollar liquidity in the interbank market has magically vanished,” said Tresmark in a report, citing a forex trader in a commercial bank, adding “It does seem like stakeholders are evaluating market acceptance at these levels, while the emerging political developments may also be playing on the mind of traders.” 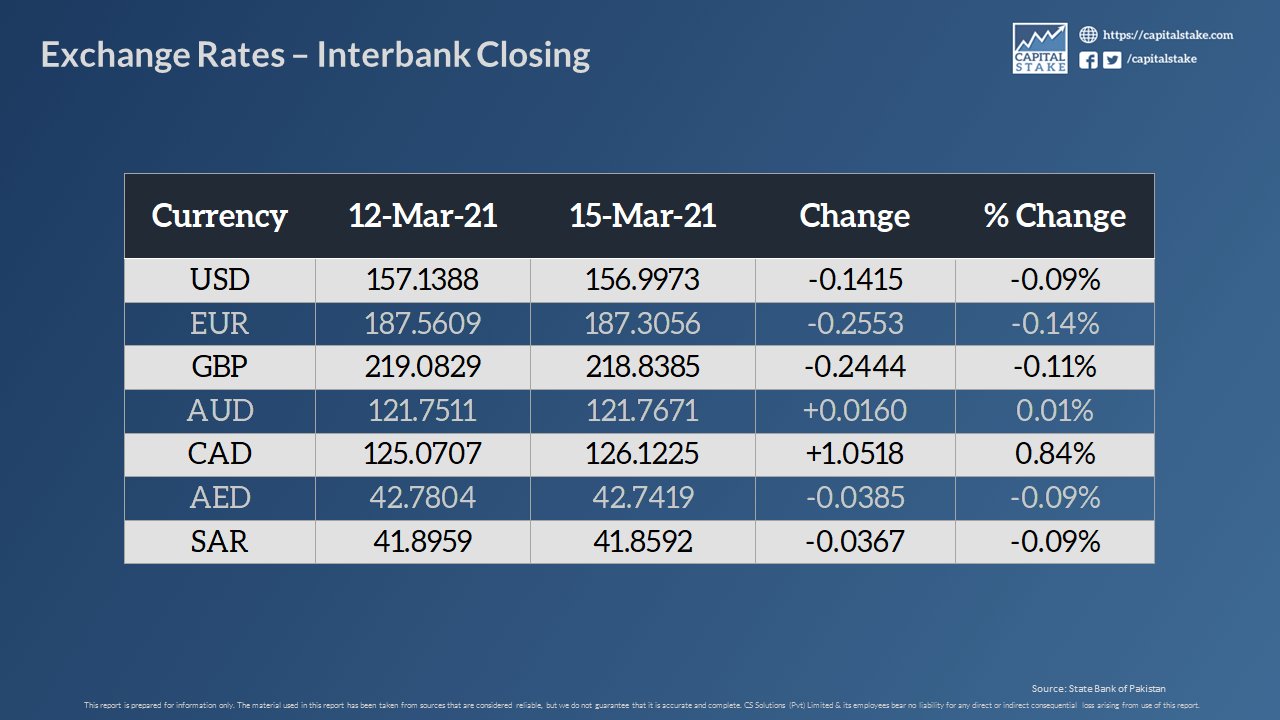 The PKR also posted gains against most major currencies on Monday except minimal loss against the Australian Dollar (AUD), and a rupee’s deterioration against the Canadian Dollar (CAD).

Pakistani Rupee Resumes Its Rise Against the US Dollar

Against both the UAE Dirham (AED) and the Saudi Riyal (SAR), PKR posted gains of 3 paisas each in the interbank market.