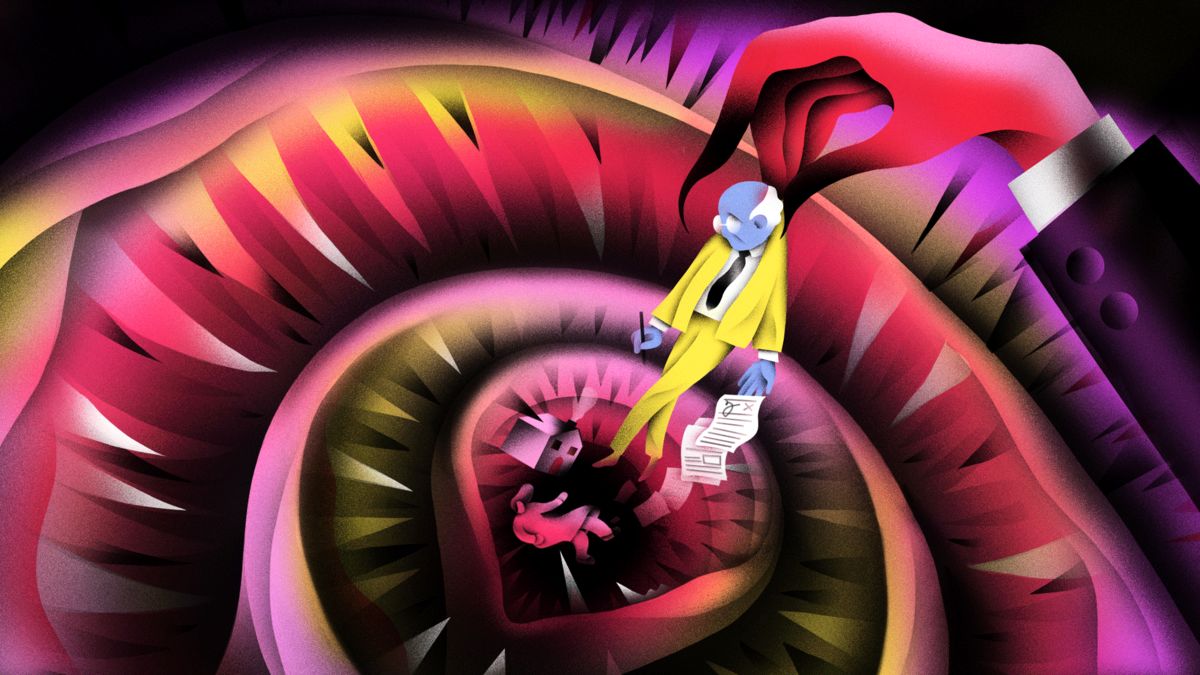 The menace of insurance companies duping unsuspecting banking customers of their hard-earned money is neither new nor exclusive to Pakistan. Insurance companies have been using banking channels to increase their customer base by fair means or foul the world over, and Pakistan is no different.

However, unlike the more developed economies that have higher per capita income and a more financially aware population, a major chunk of the duped consumers in Pakistan are from the lower economic classes. Bank customers like pensioners, widows, and less financially adept people are at a much higher risk of falling victim to these companies’ tactics of misinformation and manipulation.

The ‘legalized mode of fraud’ in question here is known as ‘bancassurance’ — a process that combines savings with insurance to offer a unified product for both services. There is nothing wrong with the product itself, except that it is marketed in a deceitful and scheming manner to unsuspecting banking customers.

The problem comes when these insurance policies are falsely presented as ‘investment opportunities’ to banking customers, while offering heavy profits and easy cancellations. Anyone familiar with commercial banking operations in Pakistan would have seen an insurance sales agent sitting near the reception area of banks, which indicates how much bancassurance is promoted here.

The following is an actual account of how things have unfolded in this regard as told by a real victim of insurance fraud by one of the most renowned insurance companies in one of the top five banks of the country.

(The name of the customer and the insurance company have been withheld because the customer, who is deliberating a class action lawsuit and is looking for others to join them, has requested anonymity).

The customer – 62, a retired educationist from Punjab – enters a branch in Islamabad to pay their electricity bill and withdraw their monthly pension from their account. There is a long waiting line, and a staff member advises them to sit near the reception area until it is their turn to be served.

At the reception desk is an insurance sales agent who asks the customer if they would want their money doubled in ten years. Piqued at the possibility, and unaware of the insurance policies’ workings, the customer shows willingness.

What is promised as a result of the insurance policy is supernormal and immediate profits, with the option for the entire money to be withdrawn whenever the customer wishes. However, no details about the commissions, deductions, fines, or any other charges are shared, but a lot of returns and the safety of the invested money are guaranteed. The customer agrees to invest Rs. 500,000 for ten years based on the promise that they will be rewarded with 1 million after ten years.

Four years later, the customer, who is now 66, wishes to withdraw the amounts from both policies because they do not want to continue with the plan. They go to the branch to get their plan canceled, only find out that the agent who had signed them up has left the job and that the bank has no knowledge of where the insurance agent is.

The next thing that the customer is told is that the investment plan was actually not a product of the bank but was originally from a certain insurance company. Moreover, complaints, cancellations, and anything related to the plan has to be dealt with directly with the concerned insurance company and not with the bank.

The senior citizen then goes to the insurance company and finds out that a major chunk of what they had invested will be deducted as a fine/fee, and are told that if they had paid a total of Rs. 300,000, they could have expected around Rs. 230,000 in return. They are also told that this can be done after the plan is canceled, which could take a few weeks.

Six months after the customer’s request for cancellation, they are still awaiting their Rs. 230,000, and there seems to be no deadline to do so by the insurance company.

Here are the SOPs for the Selling of Bancassurance Policies:

What is interesting is that the Securities and Exchange Commission of Pakistan (SECP) no longer accepts complaints against insurance companies.

There is no dearth of the financial and accounting details of different insurance policies over banking websites. A cursory look at the details brings two things into view: banks do not take responsibility for what these insurance companies sell and how they selling it; and they are able to legally skirt any responsibilities with the addition of one barely legible disclaimer on their pamphlets that states: “This product is underwritten by ‘xyz’ insurance company. It is not guaranteed or insured by the bank or its affiliates. And the bank is just a promoter and distributor of this product”.

The insurance companies also have the final excuse of claiming ‘miscommunication’ by the insurance agents (who they say are on the bank’s payroll) as their ‘promises’ are never made in writing and the actual details of the mechanics of the insurance policies are never communicated to the genuinely interested customers.

Then there is the case of the two regulators – the  SECP and the State Bank of Pakistan (SBP). While in the past, the SECP had shown a bit of backbone in issuing penalties to defrauding insurance companies, its latest press releases reveal that it is conveniently choosing to shirk the responsibility of keeping a check on insurance companies. A press release issued on 15 March 2021 revealed that the SECP has asked banking customers to “carefully read all the contents of documents presented before them by an insurance agent before signing”.

Although the SBP is not directly involved with the way these policies are set or marketed, it has a direct overseeing role over the money made by financial institutions, banks, and insurance companies.

The plethora of complaints it gets from dissatisfied customers is apparently not impactful enough to outweigh the double-digit profits that these institutions are minting, and not even for the central bank.

Whose Fault is it Anyway?

The text in the fine print on all banking brochures details that they sell third-party insurance plans without taking any responsibility for them. Banks also act as third-party sellers and charge commission for every plan that is sold.

Even if someone is persistent enough to reach the insurance companies, the eventual response maintained is that it may be the banking agents’ fault that the policy had been miscommunicated to the customers and that it is ultimately the customers’ responsibility to go through the terms and conditions of insurance policies with a fine-toothed comb.

Nevertheless, insurance policies are being sold in a staggeringly high number through the banking sector. Some commercial banks are earning enormous amounts of profits through commissions on the selling of these policies as well, and without needing to fulfill the central bank’s depository regulations or maintaining the details on interest expenses and incomes. Such commission-based income is easy money for banks, and with just a relatively obscure line to their brochures, it also comes without any legal complications.

The insurance companies simultaneously get easy access to people who have just enough money to keep the premium payments coming while lacking the knowledge of how small the proportions of their full payments make it to actual investments as promised to them through their agents are.

The SECP has finally also has chosen to steer clear of hindering the banks associated with insurance companies by holding the customers responsible for being unaware of how insurance policies work and for not reading the terms and conditions before buying such policies.

Every Man for Himself

Although it may seem like everyone is legally covered on paper, the truth is that most banking customers in Pakistan – especially students, housewives, and senior citizens – are not fully aware of the economics of insurance policies and cannot be expected to be so either. It is the regulator’s responsibility to ensure that innocent banking customers are not robbed of their hard-earned incomes and precious savings.

However, now every party from the SECP to the insurance companies, and from the central bank to commercial banks, seems interested in only saving themselves from any legal liability regardless of how many innocent citizens are scammed in the process.