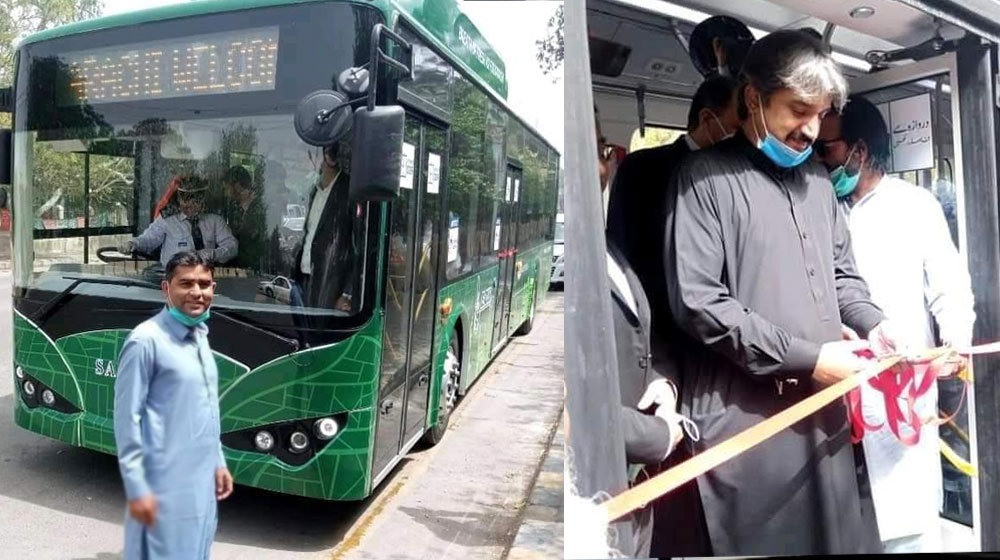 While addressing the launch ceremony, the minister promised to add a fleet of 100 buses in the near future. He said that electric buses would initially operate from Karachi Tower to Sohrab Goth at a fare of Rs. 4 per kilometer.

Awais Qadir said that the induction of electric buses would help control the transport problem and pollution in the city.

Federal Minister for Science and Technology, Chaudhry Fawad Hussain, took to Twitter to felicitate the Sindh government on the development.

The minister assured full support of the IT ministry to the Sindh governmemt in this regard and hoped that Punjab and KP would also take the same route.

“We would suggest this project to the Sindh government through the governor,” the minister said, adding he would also meet Sindh Chief Minister, Murad Ali Shah, in the next visit to Karachi and request him to switch the public transport in Karachi to electricity.