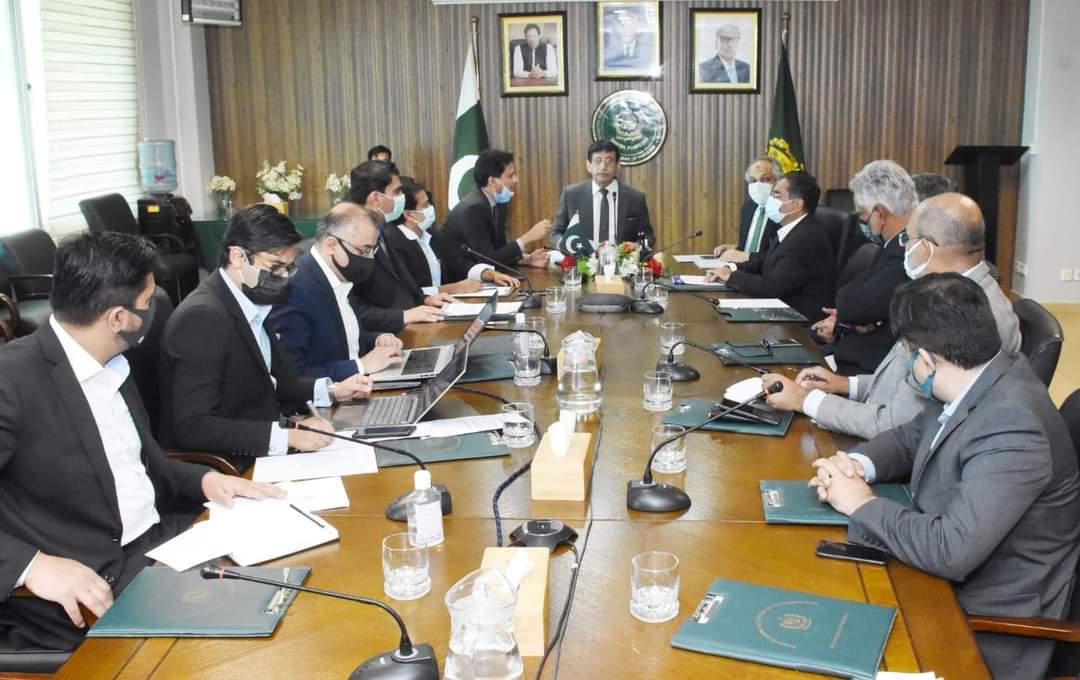 Federal Minister for IT and Telecommunication Syed Amin Ul Haque on Wednesday expressed deep concerns over the issuance of tax notices to the IT and telecom sector by the Federal Board of Revenue (FBR) while saying that such measures are creating confusion in the sector and investors and can affect the process of economy stabilization through remittances.

The Federal minister expressed these concerns while chairing the 11th meeting of Prime Minister’s Taskforce on IT & Telecom here on Wednesday.

Secretary IT Shoaib Ahmad Siddiqui was also present in the meeting.

Member IT Syed Junaid Imam gave a detailed briefing to the task force on the reforms being made in the field of information technology, various policies and approved measures. The meeting was informed that a 5 percent reward has been decided for those who have shown outstanding performance in export remittances in the IT industry and a summary has been sent to the Ministry of Finance for approval.

Further the use of locally developed software, reduction of taxes on IT industry, Personal Data Protection Bill 2020, Pakistan’s first cloud policy, National Cyber Security Policy 2021 are in the final stages.

Member Telecom Muhammad Omar Malik informed the meeting that the notification was issued on March 24 after finalizing all the steps of the new Mobile Spectrum Policy.

A letter has been sent to the FBR for reducing taxes on the telecom sector. The Cabinet has approved the mobile device manufacturing policy on the suggestions of the Ministry of IT, he added.

He noted that the process of digitalization will become easy following policies for the IT and Telecom sector and completion of projects.

The Federal Minister for IT also offered thanks to members of PM’s Taskforce on IT & Telecom for their recommendations and guideline to take forward the process of digitalization in the country.

He also emphasised the need of providing better incentives to the IT industry and resolving the issues of IT companies.

Earlier, members of the PM’s Taskforce on IT & Telecom expressed satisfaction on the performance of Ministry of IT & Telecom especially for achieving the targets regarding digitalization.

The meeting was also given detailed briefing about different Policies upon which IT Ministry is working, and different projects.