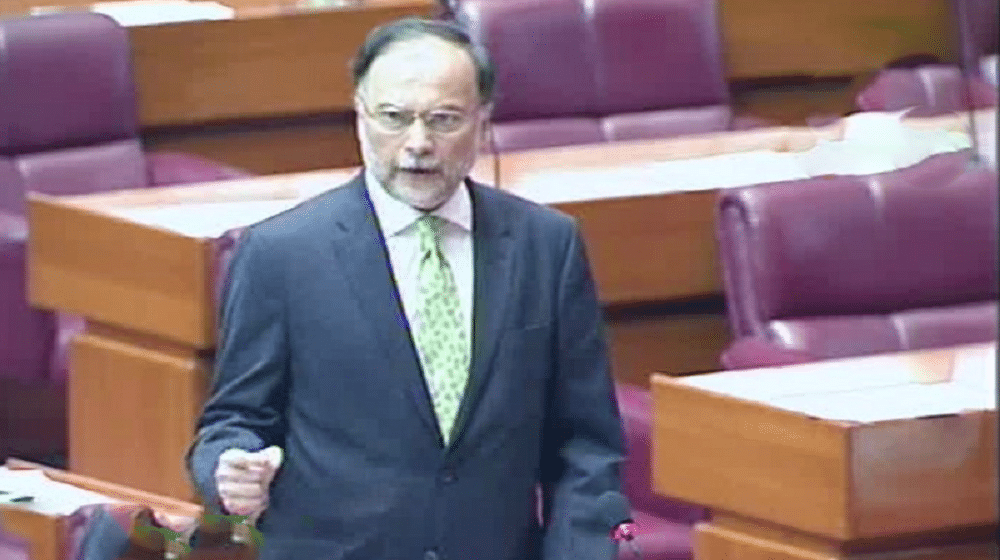 National Assembly Standing Committee on Finance was informed that there are serious apprehensions that the government may bring federal budget or mini-budget through the promulgation of an Ordinance as done in case of Tax Laws (Second Amendment) Ordinance, 2021 having huge revenue impact.

This has been stated by PML-N Secretary General Ahsan Iqbal at the National Assembly Standing Committee on Finance here on Wednesday at the Parliament House.

Referring to his letter written to the Speaker, National Assembly, Ahsan Iqbal stated that the present government has promulgated 50 Ordinances by passing the Parliament including 30 Ordinances were issued last year.

While an ordinance is temporary legislation, its consequences have permanent effects on the rights and liabilities of taxpayers and citizens, as is envisaged under clause (c) of Article 264 of the Constitution, he said.

Promulgation of an ordinance, as a matter of course, is a violation of the core values enshrined in the Constitution, the principles of representative democracy, parliamentary form of government and separation of powers. The power to promulgate ordinance, being a legacy of the colonial era, has been retained only for emergency situations and should only be used sparingly.

In the present instance, the Ordinance has been promulgated without any circumstances necessitating immediate action. In this regard, it is important to note that the 28th Session of the National Assembly of Pakistan had concluded on February 04, 2021 – only seven days prior to the promulgation of the Ordinance on February 11, 2021. Subsequently, the 29th Session of the National Assembly commenced on February 19, 2021. By amending taxing statutes in the interim period of 15 days, the Federal Government has bypassed the normal method of legislation as provided in Article 73 of the Constitution. In the absence of any circumstances that required legislation to take effect within the period between the 28th and 29th Sessions of the National Assembly, legislation under Article 89 cannot be constitutionally valid, he said.

The power to promulgate ordinances, as envisaged under Article 89 of the Constitution, is a remnant of the Indian subcontinent’s colonial past.

He said that it is clear that while the power to legislate through ordinances originated during colonial rule over India, in order for the Governor-General to retain legislative control, it was retained in our Constitution only to be used in the most exigent of circumstances. The framers of the Constitution did not intend for the powers under Article 89 to be used as an alternative to the normal process of legislation provided in Articles 70 and 73 of the Constitution. The promulgation of the Ordinance, where no circumstances requiring immediate action existed, amounts to an abuse of the powers vested in the President under Article 89 of the Constitution.

The Ordinance falls squarely within the definition of a money bill. Therefore, legislating on fiscal matters through ordinances, as has been done in the present case, directly interferes with the National Assembly’s constitutional mandate as provided in Article 73 of the Constitution. Consequently, the promulgation of the Ordinance offends the principle of separation of power, which has been held by the Supreme Court of Pakistan to be a “cornerstone of a constitutional democracy”.

An ordinance promulgated under Article 89 of the Constitution is, by its very nature, temporary legislation. From the language of Article 89, it is clear that the maximum life of an ordinance is 240 days, beyond which it stands repealed. However, ordinances such as the Ordinance in the present case, in effect, have consequences that last beyond the life of an ordinance. In the matter at hand, the Ordinance enhances and alters taxpayers’ obligations, takes away benefits conferred upon them under the law, and disrupts their entire fiscal planning rooted in the law as it stood on July 1, 2020, under the various fiscal statutes applicable on a Federal level.

These enhancements and alterations, to the extent of transactions that occur during the lifetime of the Ordinance, will be affected by the Ordinance even after it stands repealed. Doing so, without consultation with the people’s directly elected representatives i.e. Members of the National Assembly, is in violation of the foundational principles of constitutional democracy.

The National Assembly has not been given the opportunity to debate on these fiscal measures that the Government has introduced through the Ordinance. The Ordinance in the instant case has long-term financial consequences for small and large businesses and individuals and thus, should have been considered by the elected representatives and passed as an Act of Parliament under Article 73 of the Constitution.

Taxation through representation has been the hallmark of all democracies. In every democracy, Speakers and judiciary have guarded this fundamental principle. The ordinance in taxation matters can have material consequences for citizens and businesses for 120 days even if these were not approved by the House. Hence, the principle of Parliamentary oversight in money matters can be compromised if this practice is not checked, he stated.

He stated that this Ordinance is nothing but a fraud upon the Constitution and democracy and as such, merits disapproval by this House.

Since 2018, the present government has chosen to promulgate 50 ordinances bypassing the House. Last year, 30 ordinances were issued. Article 77 of the constitution clearly stipulates, “No tax shall be levied for the purposes of the Federation except by or under the authority of Act of [Majlis-e-Shoora (Parliament)]”. Even ordinary legislation through ordinances is a highly undesirable act and has been strongly disapproved by various Speakers of Houses in all democracies in the strongest possible words. But, taxation while bypassing National Assembly is not acceptable at all as it is a violation of the spirit of the constitution, he added