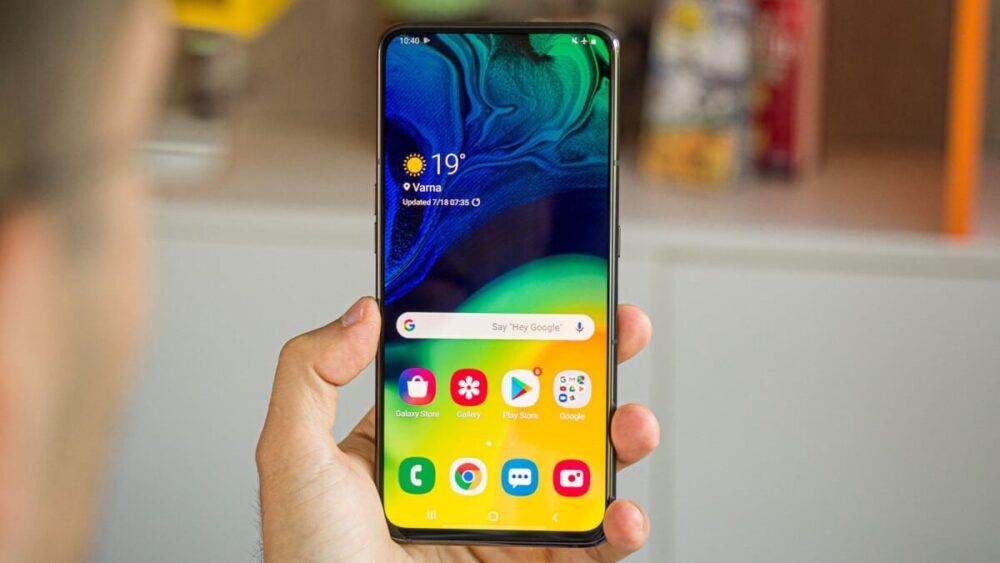 Last year, Samsung released the security-focused Galaxy Quantum smartphone with a quantum security chipset. Now a new leak suggests that a successor is on its way with the flagship-grade Snapdragon 855+ chipset. The leak comes from a Korean blog that claims that the Galaxy Quantum 2 will be sold by Korean carriers just like before. In terms of design, the Quantum 2 looks like Samsung’s recent Galaxy A lineup. It will have a flat display panel with minimal bezels and a centered punch hole camera. It has a metal frame and three cameras on the back.

As for specifications, the report says that the phone will have a 6.7-inch AMOLED display with a 120Hz refresh rate and 1080p resolution. The Snapdragon 855+ SoC will be paired with up to 8GB RAM and 128GB built-in storage. The triple camera setup on the back will include a 64MP main sensor. The battery compartment will feature a 4,500 mAh cell with support for 25W fast charging but the phone will only ship with a 15W charging brick. We can also expect IP67 water resistance, under-display fingerprint sensor, microSD card slot, Dolby Atmos speakers, and more.

There is no mention of a price tag just yet, but the Galaxy Quantum 2 is expected to go for sale on April 23. Buyers will also get a pair of Galaxy Buds Live for free.