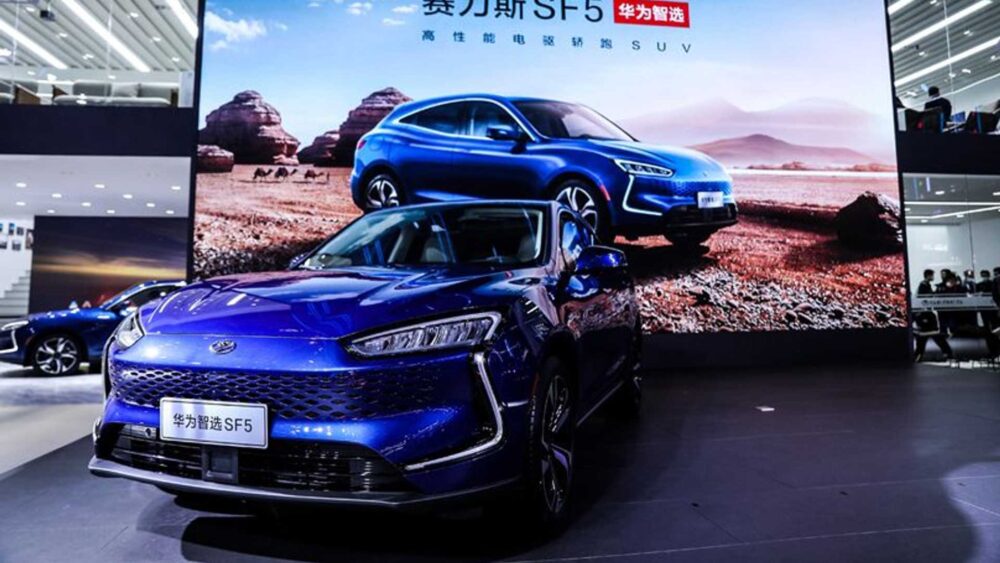 Prince DFSK revealed on its official Facebook page yesterday that another new SUV is being co-developed by DFSK and Huawei, and it could be “hitting the roads of Pakistan Soon”. 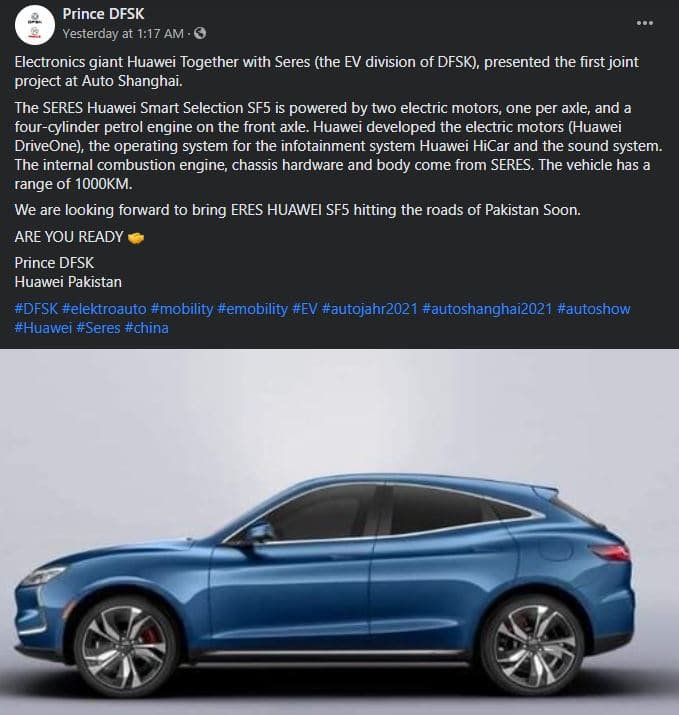 The new SUV is a product of Seres — an Electric Vehicle (EV) company owned by the Chongqing Sokon Industry Group (the founder of DFSK). It is a premium C-Segment compact crossover SUV that was debuted at the 2019 Guangzhou Motor Show in China.

The DriveOne electric motors that have been co-developed by Huawei are accompanied by a DFSK-sourced 1.5-liter 4-cylinder engine that acts as a secondary power source for the battery pack and makes 116 hp. 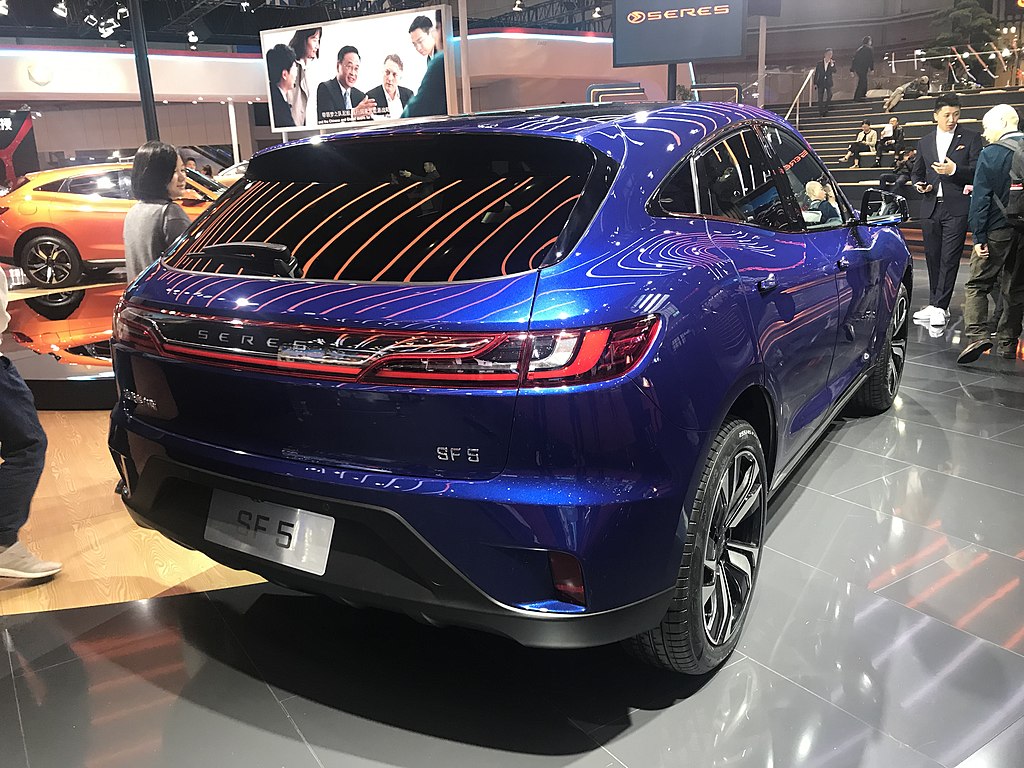 As per reports, the top-spec AWD variant gets a combined output of 551 hp and 820 Nm of torque from the two electric motors and the engine. This allows the SF5 to go from a stand-still to 100 km/h in about 4.7 seconds.

The electric motors alone have a range of 180 km while coupled with the engine, and the SF5 has a combined range of over 1000 km which may vary depending on how the vehicle is driven. 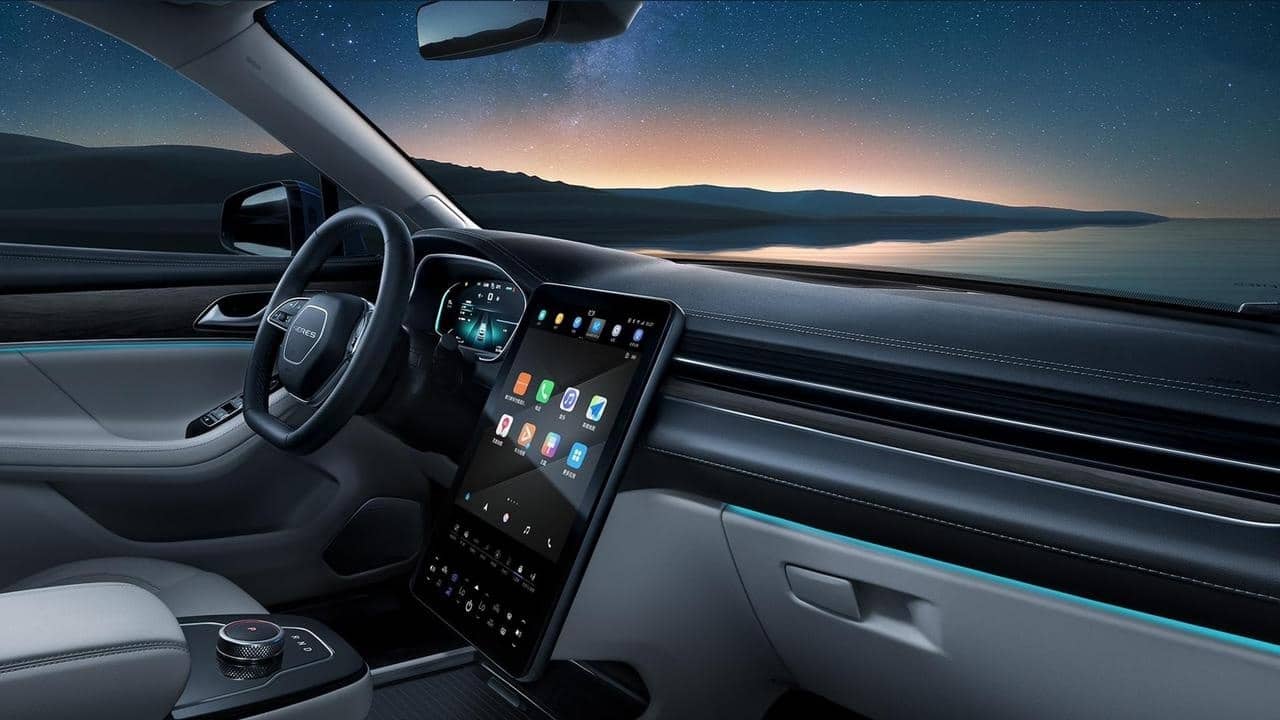 Being a modern SUV that gets its makeup from one of the world’s most prolific tech giants, the SF5 is said to be loaded with advanced features, including massive portrait-oriented touchscreen infotainment, a digital instrument cluster, a panoramic sunroof, ambient lighting, heated and ventilated seats, a seat massager, a premium 11-speaker audio system, ‘L2+’ autonomous driving capabilities, adaptive cruise control, low-speed traffic assist, forward collision warning, automatic emergency braking, lane-keep assist, among other features.

Details about when this SUV will be launched here in Pakistan and at what price point are yet to be revealed. However, as a product that is intended to take on the premium market players like the Tesla Model Y, the Polestar 2, the Jaguar I-Pace, the Audi E-Tron, and the Mercedes Benz EQC, the SF5 is not going to be cheap.

In China, the price of the SF5 starts from 278,000 Yuan (PKR 6.65 million) and goes up to 458,000 Yuan (PKR 10.95 million), which is huge money for a compact crossover SUV. However, given its competition, the SUV has arguably been priced in a market competitive fashion and is likely to appeal to a very small niche in Pakistan at this price point.