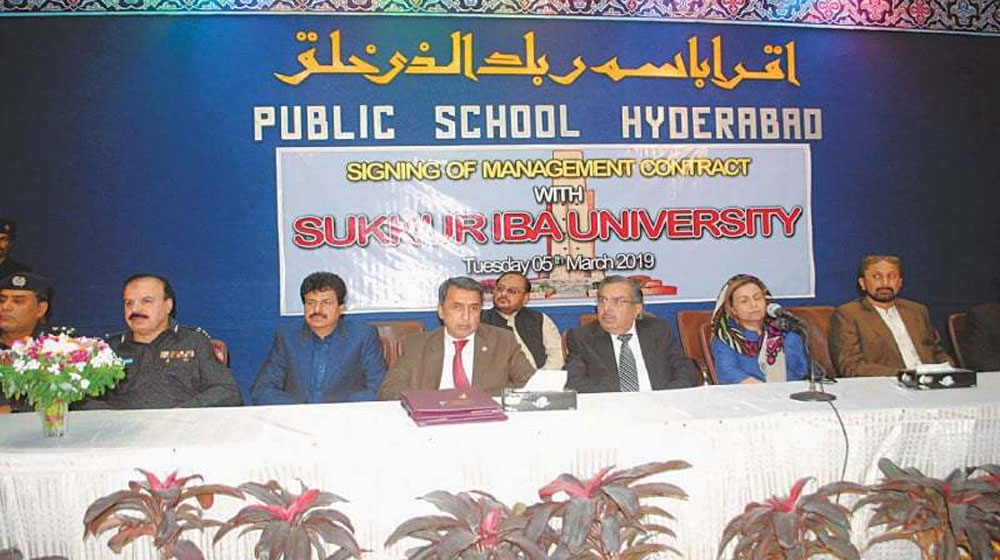 The Commissioner of Hyderabad, Abbas Baloch, has announced that the Cambridge system of education will be introduced in the Public School Hyderabad in August.

“The introduction of this system of education will open the doors of employment as more teachers will be appointed on merit,” he said while chairing a meeting of the Board of Governors of the Public School Hyderabad.

The Commissioner, who is also the Chairman of the Board of Governors, said that all appointments will be made with the approval of the members of the board.

Baloch commended the efforts of all the stakeholders, and particularly the government of Sindh and the management of IBA Sukkur, for strengthening the financial position of the school.

“When the school was handed over to the management of IBA Sukkur, it was facing severe financial constraints even the payment of pension and salaries,” he said and added that now the teachers are being paid their salaries, and the retired employees are also receiving pensions regularly.

“Besides, salaries of teaching and non-teaching staff of the school have also been enhanced from March 2021,” Baloch affirmed.

The attendees of the meeting agreed on forming a comprehensive mechanism for the disbursement of salaries and allowances to its teaching and non-teaching staff, subject to further improvement in the financial affairs of the school.

It was decided that the teachers who pass the assessment test, in accordance with the Memorandum of Understanding that was jointly signed by the management of the Public School Hyderabad, IBA Sukkar, and the government of Sindh, will be granted allowances.

It was also announced that 28 teachers have qualified after passing the said test.