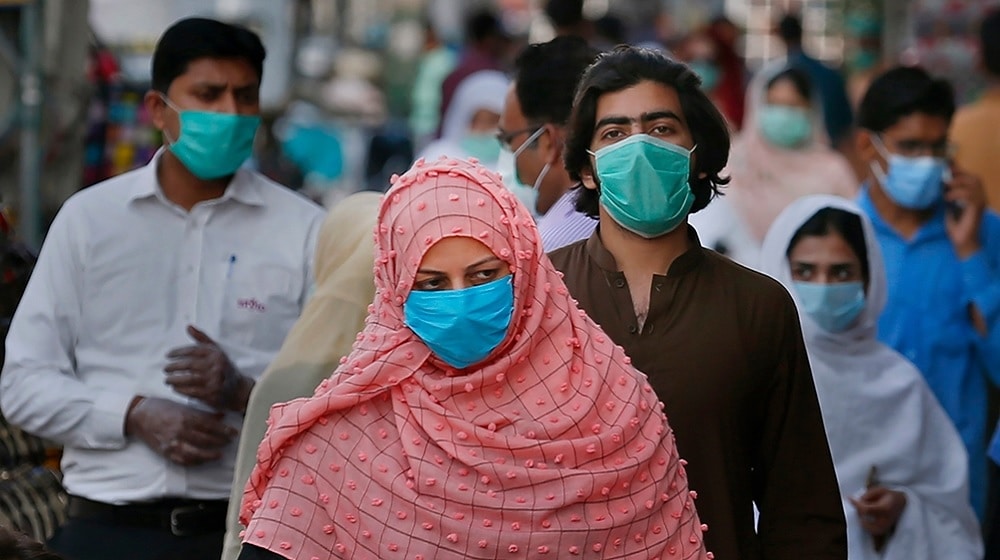 The Federal Minister for Planning, Development, Reforms & Special Initiatives, Asad Umar, revealed that there has been a considerable improvement in the compliance of COVID-19 Standard Operating Procedures (SOPs) following the deployment of military personnel across the country.

The minister, who also heads the National Command and Operations Centre (NCOC), on Tuesday tweeted that the average compliance has doubled from 34 percent on 25 April to 68 percent on 3 May, primarily due to the enforcement of stricter measures.

“Need to sustain and build on this compliance level especially till Eid,” he added.

Significant improvement seen in SOP compliance since the stronger enforcement measures including military deployment took place. National average compliance has doubled from 34% on 25th apr to 68% on 3rd may. Need to sustain and build on this compliance level specially till eid. pic.twitter.com/lf1Flz0LRT

Meanwhile, Pakistan Army mobilized for the enforcement of coronavirus protocols after Prime Minister Imran Khan sought their help in this regard.

Besides, Lahore Capital City Police Officer (CCPO), Ghulam Mehmood Dogar, informed that 95 percent of the citizens in the city are now wearing masks.