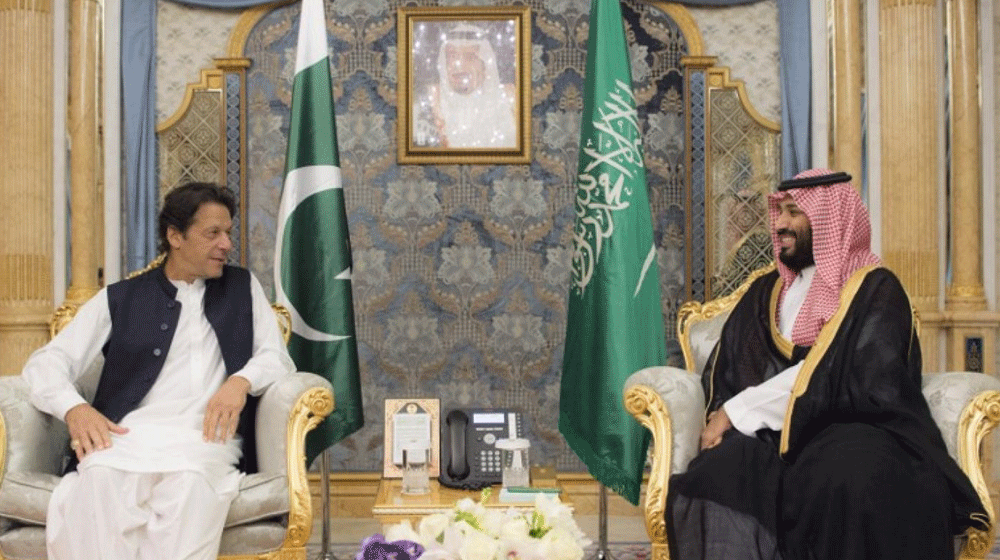 The meeting between Prime Minister Imran Khan and the Saudi Crown Prince, Mohammed bin Salman, is expected to benefit Pakistanis, Saudi, and the entire Muslim world.

This was stated by the Chairman of the Pakistan Ulema Council, Hafiz Tahir Mahmood Ashrafi, as he addressed a press conference in Islamabad.

The premier will land in Jeddah today, perform Umrah and visit the Prophet’s (PBUH) Mosque in Madinah.

He will then meet with Crown Prince Mohammed bin Salman as well as top Saudi officials and scholars, including the imams of the Two Holy Mosques as well as the chiefs of the Organisation of Islamic Cooperation (OIC) and the Muslim World League (MWL).

Here’s the Complete Schedule for Special Trains on Eid

Ashrafi, who is also the special representative of the PM to the Middle East, said that a strong communique will be issued after the meeting that will bring “glad tidings, not only to the people of the two countries but also to the whole Muslim world”.

He also thanked the crown prince for the invitation and said that Khan’s visit to Saudi Arabia comes in the blessed last 10 days of Ramadan.

“In such timing, the giants sit together. With Pakistan possessing a nuclear force, it is the biggest army in the Muslim world, while Saudi Arabia has the most important things in the whole life in this world — Makkah, and Madinah, where the Two Holy Mosques are located. It is the homeland of the House of God and the Prophet’s Mosque,” Ashrafi remarked.

He added that both sides will sign a number of treaties and agreements mostly focused on the Saudi Green and the Clean and Green Pakistan Movement.

The PM will be accompanied by senior ministers, and some of whom have already arrived, the special envoy said, adding that “This visit is not the first and will not be the last. It is a continuation of past visits between Saudi Arabia and Pakistan who are like a body and its soul”.

He also declared that the relation between Pakistan and Saudi Arabia is beyond diplomatic nor political bounds.

“We have a relationship of respect, love, brotherhood, and shared Islamic faith. As the Chief of the Pakistan Army said a few months ago, the security of Saudi Arabia, its stability, and its leaders are all red lines,” he stated.