The Pakistan Rupee (PKR) finally turned the tide against the US Dollar on the last day of the trading week. PKR had been consistently posting losing against the greenback throughout four days of the current week.

PKR lost over a rupee (Rs. 1.07) to the greenback over the current week despite the moderate improvement recorded today.

Dealers said that the local unit is under pressure primarily due to importers’ and companies’ increased demands for the USD. During the previous weeks, dollar inflows from Overseas Pakistanis had helped the Rupee to be steady, but consistent dollar demand from importers and companies is putting pressure on the local unit.

Against other major currencies, Rupee had been posting mixed results for the better part of the week and today turned out to be no different. 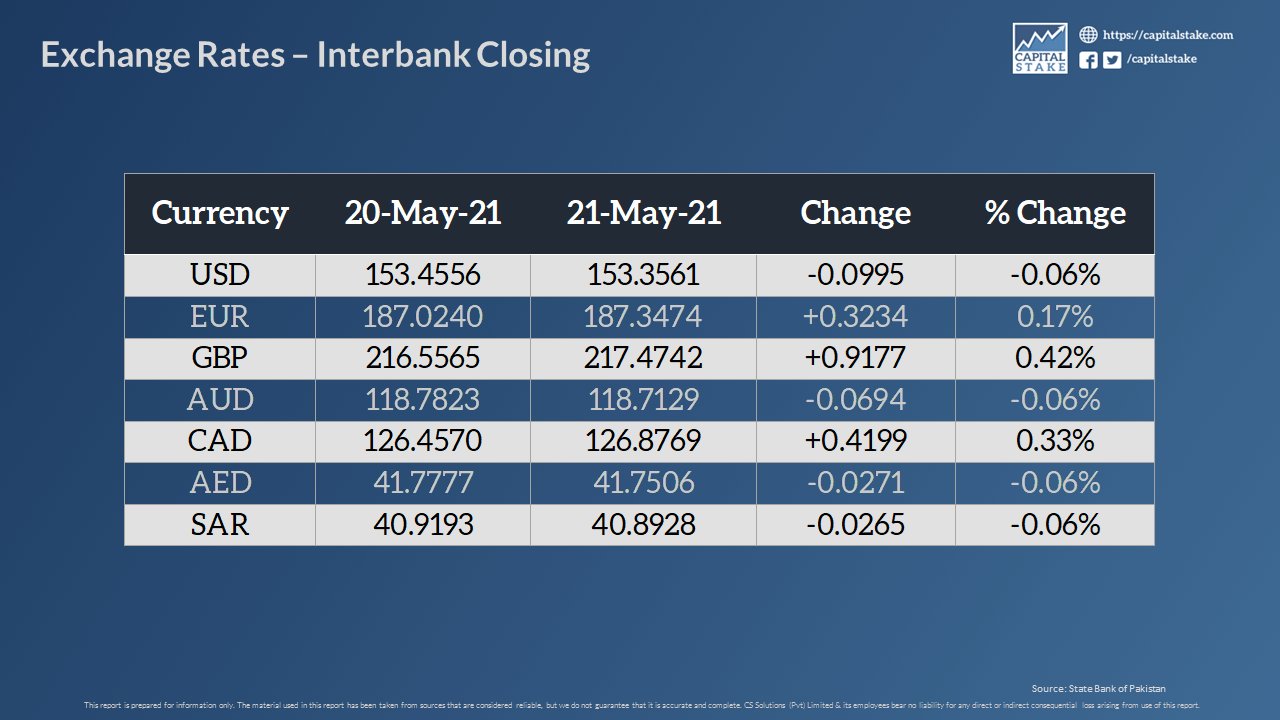 The PKR’s movement also shifted against both the UAE Dirham (AED) and the Saudi Riyal (SAR), after consistent losses the past four days. PKR posted gains of 2 paisas against them both in the interbank currency market today.