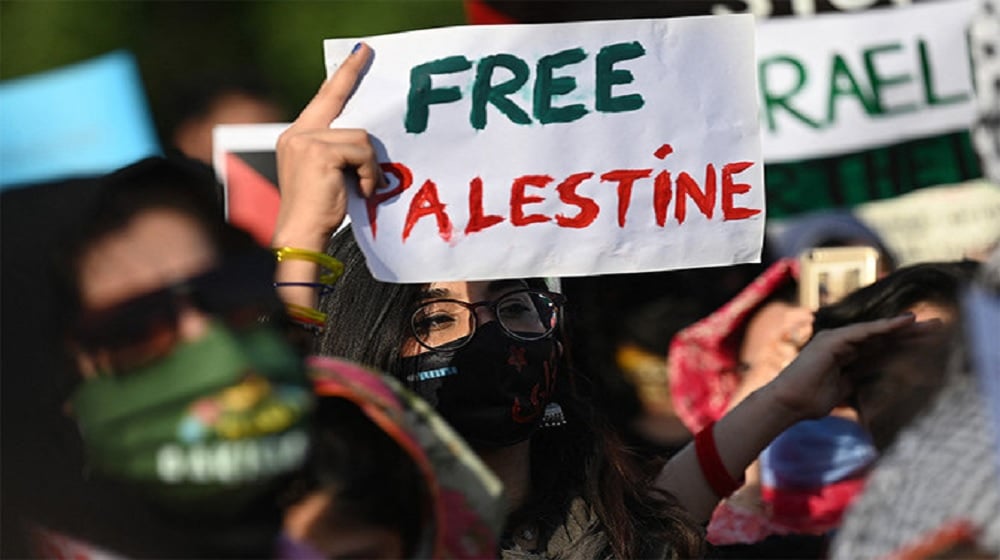 Thousands of Pakistanis took to the streets in Islamabad, Rawalpindi, Attock, and Taxila to express their solidarity with Palestinians and to condemn Israel’s bombarding of the Gaza Strip.

Demonstrations were held across Pakistan in response to the appeal of Prime Minister (PM) Imran Khan to condemn Israeli atrocities and brutalities against Palestinians. Several groups in the capital, including the Islamabad chapter of the Pakistan Tehreek-e-Insaaf (PTI), staged rallies and organized conferences in this regard.

The Chairman of the Pakistan Ulema Council, Hafiz Mohammad Tahir Mehmood Ashrafi, who is also the Special Assistant to the PM on Interfaith Harmony and the Middle East, addressed a seminar in which he said that the human rights of Palestinians and Kashmiris are being violated.

“Israel is killing Muslims and Christians without any discrimination only to grab Palestinian land,” he stated.

Similarly, traders led by Ajmal Baloch staged a demonstration at Aabpara Chowk to express their solidarity with Palestinians.

The Jamaat-e-Islami (JI) Chief, Sirajul Haq, addressed a large gathering at D-Chowk and said that Muslims had ruled Palestine for 1,200 years and that everyone was equal regardless of religion and race.

He also condemned the silence of the United Nations in allowing the Israeli apartheid against Palestinians.

The President of the Awami Muslim League and the Federal Minister for Interior, Sheikh Rasheed Ahmed, held a public meeting outside Lal Haveli to condemn Israel’s atrocities.