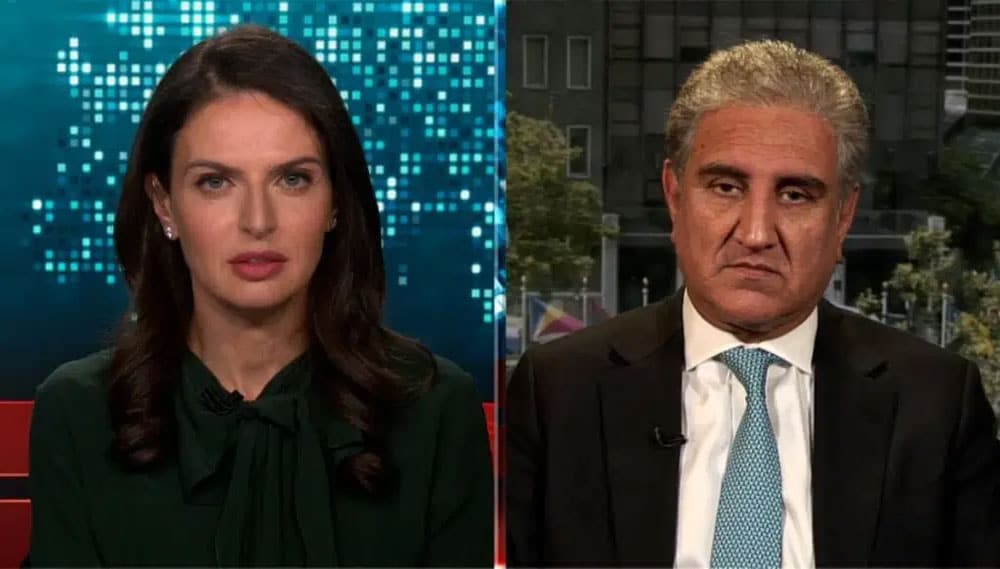 The recent remarks by the Pakistani Minister for Foreign Affairs on how Israel controls international media have stirred a new debate on social media.

Shah Mahmood Qureshi had been invited to CNN shortly after his address at the 67th preliminary session of the United Nations General Assembly (UNGA) in New York, called by the Organization of Islamic Cooperation (OIC) and the Arab League.

When the anchor, Bianna Golodryga (a Jewish immigrant), asked if the recent UNGA session would pressurize Israel to end the 11-day long bombardment and push for a ceasefire, Qureshi responded in his typical robust style, “I am convinced the tide is turning. The public pressure is mounting on Israel. They are losing the media war despite all their connections.”

Rice Exporters Hit Back on SAPM on Agriculture Over ‘False Claims’

Golodryga interrupted and asked him to define ‘connections’, to which he replied boldly, “Well, Israel has deep pockets; they control media”.

The anchor then tried to corner Qureshi by accusing him of being anti-Semitic, but he maintained his stance, saying, “Well, you see, the point is, they have a lot of influence, and they get a lot of [favorable] coverage”.

She followed this by urging the minister to condemn Hamas’s rocket attacks on Israel. Qureshi retorted that he does not justify rocket attacks but does not condone the aerial bombardment that is taking place either.

Despite a continuous push to amend his remarks, Qureshi continued to define Israel’s actions as “genocide”, “ethnic cleansing”, and “war crimes”.

The heated debate continued for seven minutes before Golodryga brought up the topic of the Uyghur Muslims.

Qureshi’s remarks have ignited a debate on social media. While many international journalists have condemned his remarks for being ‘anti-Semitic’, a large number of people are supporting his stance.

However, some were taken aback when the former Al-Jazeera journalist, Mehdi Hasan, who has been known to be a staunch critic of Israel and its barbarism in Palestine, supported Golodryga’s take on the matter.

I see some people trying to defend the Pakistani foreign minister’s remarks as anti-Israeli & not anti-Semitic but let’s be clear: if you are accusing Israelis of having ‘deep pockets’ and ‘controlling’ the media, then yeah, you’re invoking some pretty anti-Semitic slurs. Sorry. https://t.co/aBKvkcDRj7

He got a taste of his own medicine when Twitterati reminded him of how he had used the same arguments to prove that criticizing Israel is not anti-Semitism or anti-Jewish when he had worked for Al-Jazeera. Hasan seems to have had a change of heart since working with CNBC.

You've failed Mehdi. You are just pushing the same narrative as the lady with the big forehead. – deep pockets = antisemetism ..the truth could smack you right in the face and you wouldn't see it.

A tweep by the name of Imran Lalika shared a clip from an American talk show in which one of the guests explained how people from both sides [Republicans and Democrats] are not allowed to criticize the powerful Jewish lobby in America.

Who can't you criticise in America?

You aren't allowed to discuss Jewish lobby in America. That's the proof that they control America.