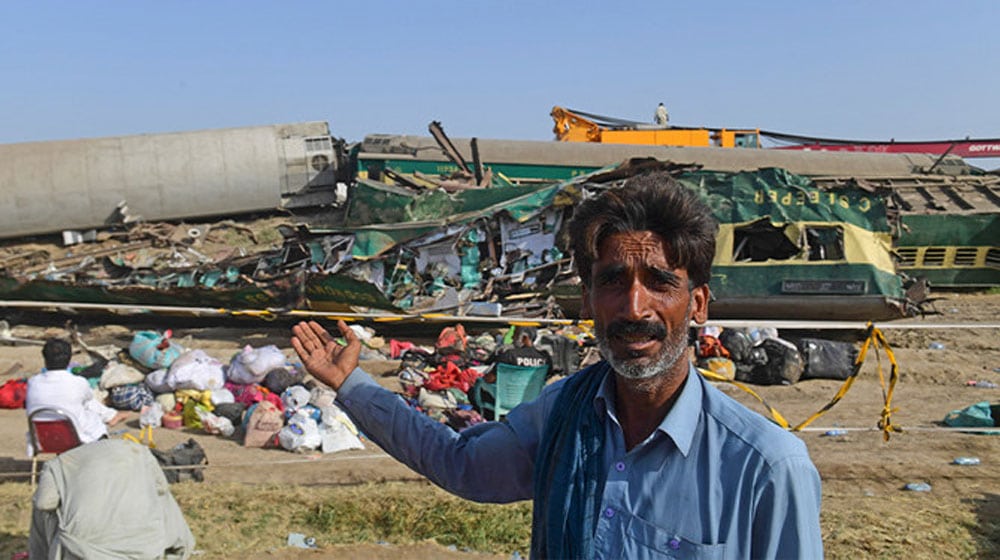 As an express train careened through the farmland in Daharki and collided with another service that had derailed earlier, a nearby family of villagers was jolted awake. The incident occurred in the wee hours of Monday and claimed the lives of at least 63 people.

The family, natives of Daharki and situated about 500 meters from the tracks, rushed in to help the survivors of the fatal train collision.

“The blast of the collision was so loud that we woke up in a panic, when we came out of the house we saw the train had halted, as we got closer to the scene we heard people calling for help,” said Ali Nawaz.

Before emergency services could get to the scene, Nawaz’s family helped saved several lives.

With a poor road network, it would have taken emergency responders hours to reach the site, some 25 kilometers from the nearest city of Daharki

Furthermore, even the cellphone reception was not reliable in the area. Therefore, had Nawaz’s family not helped on time, the body count would have been higher.

The men raced to identify the critically wounded and took them to the closest hospital by car. Meanwhile, those who looked more stable were loaded onto tractor-trailers and taken to a hospital as well.

Despite their brave rescue efforts, the first passenger, a mother that Nawaz’s cousin drove to the hospital, died in the back seat along the way.

“I kept working day and night — cooking meals, bread, and tea — and my husband and other male members of the family kept supplying them to the victims and rescue workers,” said Habiba Mai, one of Nawaz’s two wives.

While the men worked as makeshift ambulance drivers, the women brought containers of water for the injured.

Hundreds of disorientated passengers emerged from the trains, slowly grasping the magnitude of the crash, which destroyed six carriages.

A military officer, who did not want to be named, pulled up to reward the family with Rs. 50,000 for aiding the rescue effort.