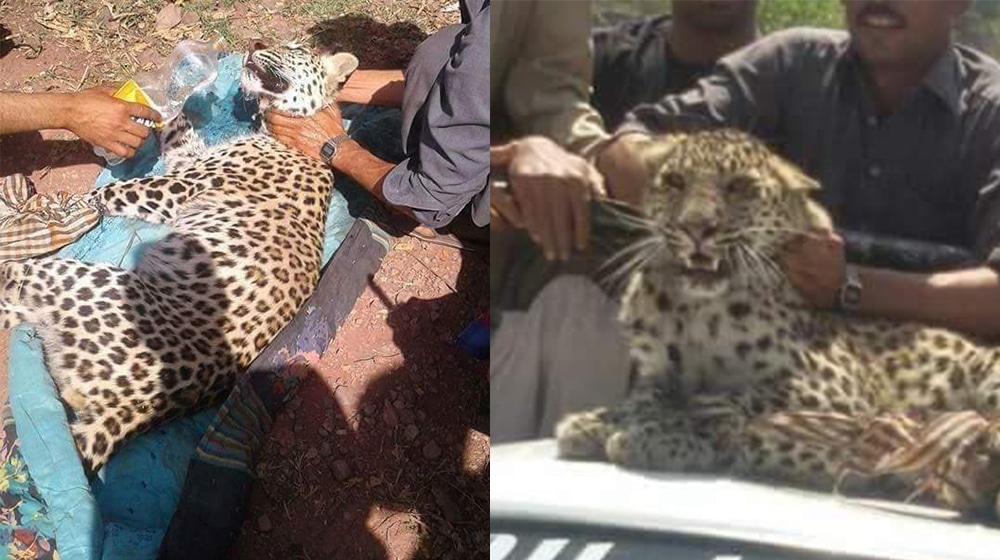 In an impressive gesture for conserving endangered species in the region, the residents of Kotli in Azad Kashmir rescued and saved an exhausted, hungry, and thirsty leopard. 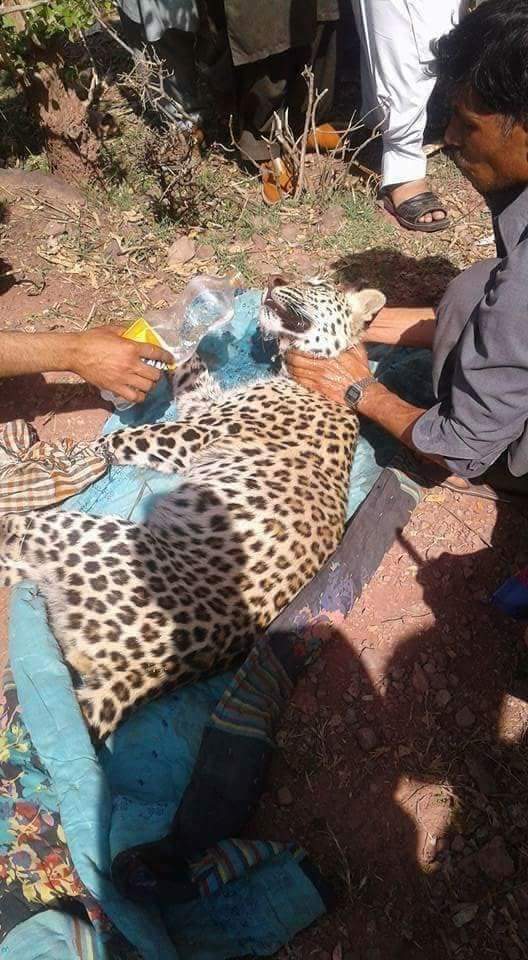 Eyewitnesses gave first-hand descriptions of the rescue on social media and explained how the beast had remarkably turned to them for help.

The locals had offered the animal water and had taken pictures with it before handing it over to the Wildlife Department.

Common leopards are the largest predators of their ecosystem and play an essential role in maintaining the environment.

Since the early 1970s, the World Wildlife Fund Pakistan (WWF-P) has been actively involved in conserving the leopard species, and the miraculous rescue of one such animal in Kotli serves the organization’s cause to make sure it stays that way.