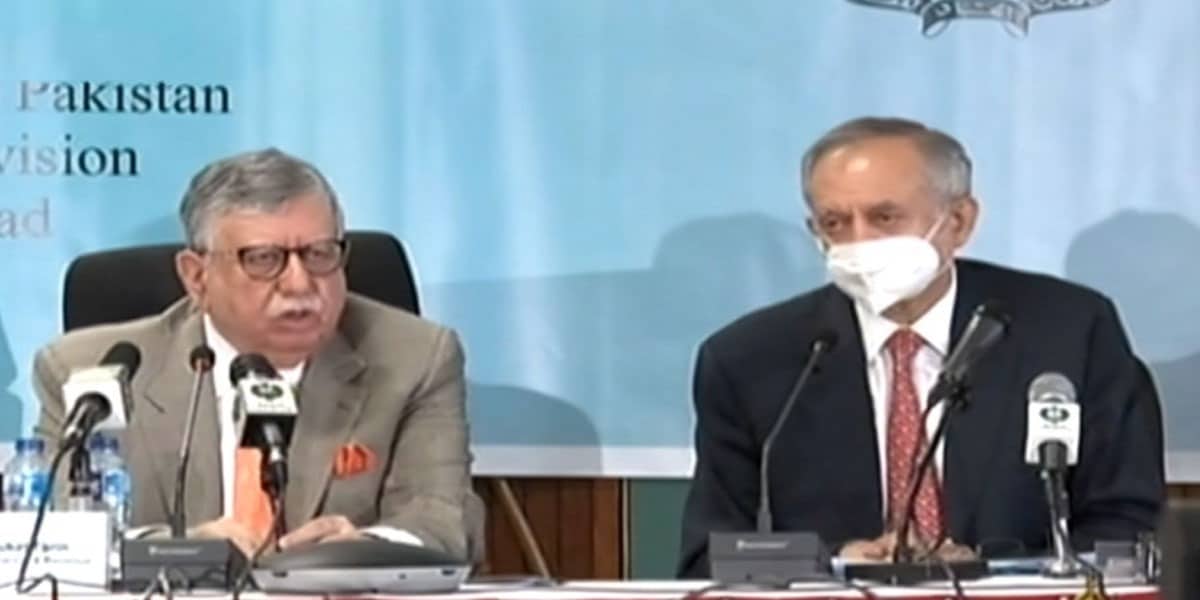 The Minister for Finance, Shaukat Tarin, unveiled the Pakistan Economic Survey 2020-21 at a press conference in Islamabad today.

He emphasized that the pandemic has had a severe impact on the economy, causing it to contract last year but the prudent decisions by the government had helped it to stabilize quickly, resulting in its improved growth.

He said that the government had projected the GDP to grow at 2.1 percent while the IMF had predicted it to be even lower. However, the incentive packages by the government that had included incentivizing manufacturing, textiles, and construction industries, and interventions in agriculture, had allowed the economy to bounce back and grow at a higher rate.

The provisional GDP growth rate for FY2021 is estimated at 3.94 percent, higher than the targeted growth of 2.1 percent, for the outgoing fiscal year

Minister Tarin said that large-scale manufacturing had shown a growth of nine percent, while the growth of the agriculture sector had been recorded at 2.77 percent. Additionally, maize, rice, and wheat had had bumper growths.

He remarked that the government is trying to control inflation “but prices are still high and affecting the common man”. He added that “The way to resolve this is by increasing production, which is why we are focusing on the agriculture sector in the upcoming budget”.

He said that economic activity is being revived, and commended the leverage given to the construction sector in the form of the ‘Amnesty scheme’ that had energized the economy and inspired the confidence of the investors.

He stated that last month’s remittances had had tremendous growth of $2.5 billion dollars, and that the FY21 remittances will have a record increase to $29 billion.

He said that the current account has been in surplus but that it will turn to a deficit in FY21 due to the growing imports as Pakistan is importing sugar and other commodities.

He added that the Forex reserves had dipped to $7 billion but have now crossed the $16 billion.