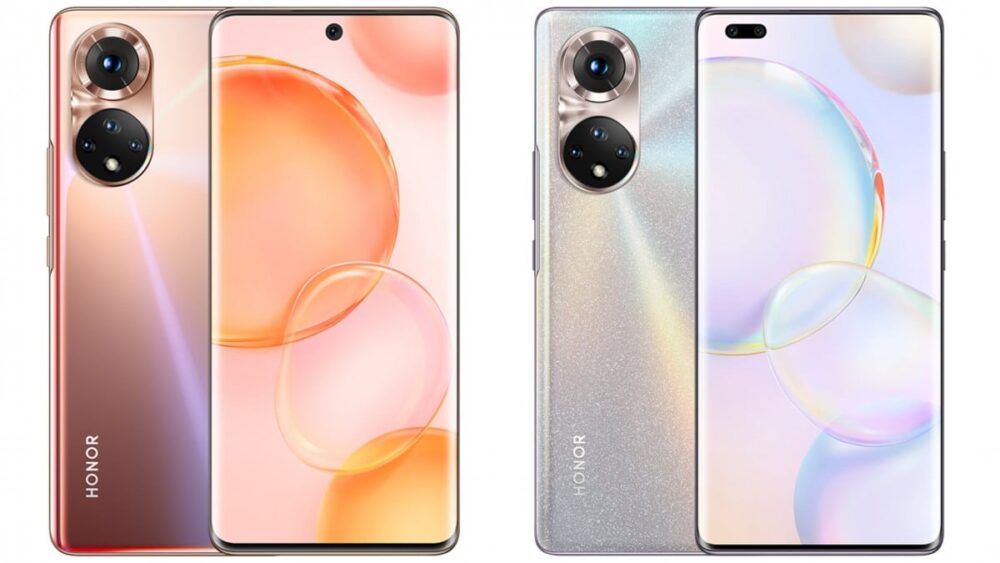 The Honor 50 series is set to become official next week including the Honor 50, 50 Pro, Pro+, and 50 SE. The lineup has been seen in several reports lately, but a fresh leak shows the most detailed information on the series so far.

The Honor 50 SE will be the only budget phone in the series, featuring a Dimensity 900 chipset, a large 6.78-inch 1080p LCD, and a 100MP triple camera setup. The 100MP main camera will come with an 8MP ultrawide unit and a 2MP macro camera.

The battery capacity will be 4,000 mAh with support for 66W super-fast charging.

The base Honor 50 will have a smaller 6.57-inch OLED display with 1080p resolution, but there is no mention of the refresh rate. The main chipset will be the Snapdragon 778G and there will be a 108MP quad-camera setup on the back. This camera configuration will also include an 8MP ultrawide unit and a duo of 2MP cameras for depth and macro shots.

It will have a slightly bigger 4,300 mAh battery with support for 66W fast charging.

The Honor 50 Pro is mostly the same as the Honor 50, but with a bigger 6.72-inch FHD+ OLED screen and a dual selfie camera setup. It will also have support for a whopping 100W fast charging but on a smaller 4,000 mAh battery. This will allow the phone to reach 0 to 100% in only 25 minutes.

We’ll learn more about the phones in the next few days.