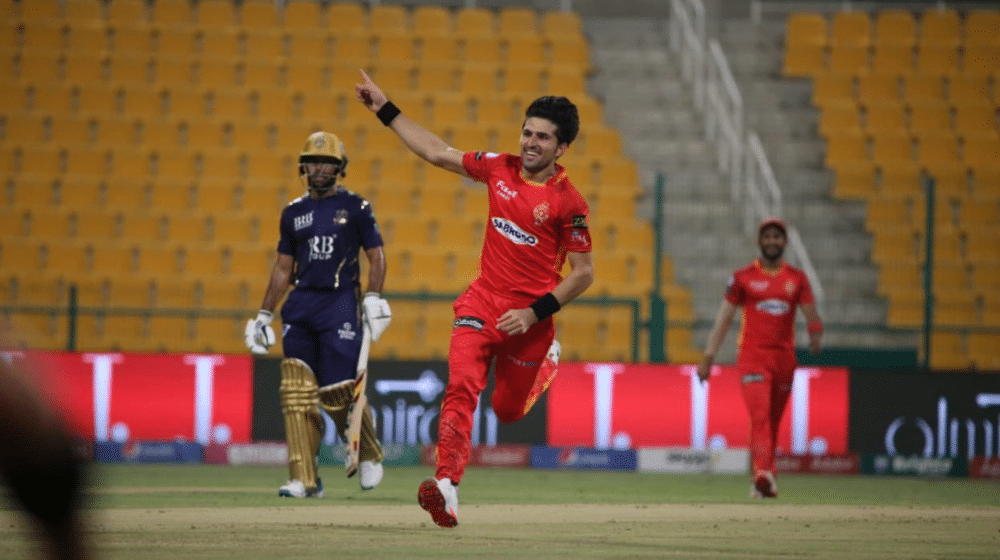 Islamabad United crushed the Quetta Gladiators by 10 wickets and climbed up to the second spot in the PSL points table. Quetta sit at the bottom of the table after registering only 2 points on the board after six matches.

Quetta were unable to deal with the pace attack of Islamabad United and were bundled out for 133 in their 20 overs. Middle-order batsman, Jake Weatherald the only one player that looked decent, top scoring with 43 runs.

Islamabad’s opening partnership of Colin Munro and Usman Khawaja easily chased down the target, needing only 10 overs to do so. Colin Munro scored 90* off 36 balls, including five huge maximums to take United home.

Quetta will need to work on their combination in the upcoming matches to give themselves a chance to qualify for the play-offs.

Islamabad United and Quetta Gladiators will be looking to climb up the PSL points table as they face off against each other in a tense encounter. Islamabad will be looking to overcome their defeat at the hands of Lahore Qalandars last time out and will be hoping that their batting line-up puts up a much better fight this time around.

Quetta on the other hand will be playing in the UAE for the first time this season. They have just won one match out of their five and will be hoping for a turnaround in the Abu Dhabi leg. Quetta has a few match-winners in their squad such as Andre Russell and Faf Du Plessis and will be looking towards them for inspiration in the match against Islamabad.

Islamabad were dealt a blow as one of their main players, Faheem Ashraf, has been ruled out of the next couple of matches due to a hand injury. They will have to make a few changes to accommodate the absence of Ashraf and will be focused on improving their batting performance this time out.

Quetta Gladiators have an upper hand over Islamabad United in the 12 matches they have played in PSL history, winning 7 and losing 5. Islamabad will be looking to narrow Quetta’s lead and win their sixth match against them.

Shadab Khan’s form over the past year has been worrisome for both Islamabad United and Pakistan national team. He will need to regain his form of old and provide an all-round performance in the upcoming matches to take Islamabad to the play-offs and ultimately staking a claim into Pakistan’s limited-overs side.

Mohammad Nawaz has established himself as one of the all-rounders for the national team, he will be looking to put on a show and maintain his position in the side. Nawaz has an excellent record in the UAE and the pitches at the venue should assist his slow-left arm spin and his exploits down the order will be crucial for Quetta throughout the tournament.