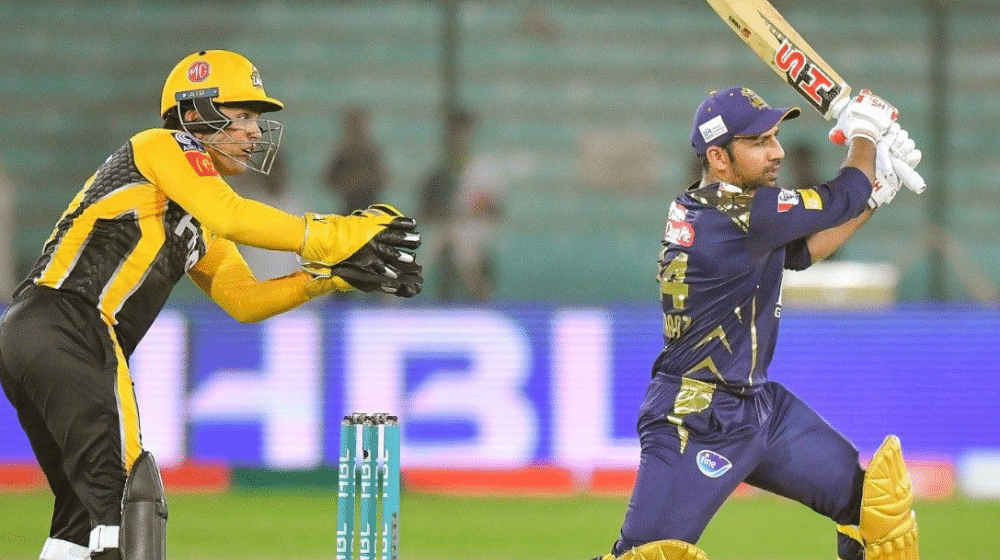 Peshawar Zalmi powered their way to the third spot in the PSL points table as they breezed past Quetta Gladiators in their seventh match of the tournament. Quetta on the other hand sit at the bottom of the table, having registered only one win in their seven matches.

Quetta were dealt a major blow as Faf Du Plessis suffered a head injury and was ruled out of the match, he was replaced with opener Saim Ayub as a concussion substitute.

Zalmi started their innings poorly, losing Haider Ali on the first ball of the match and losing Shoaib Malik cheaply as well. David Miller and Kamran Akmal rebuilt the innings by samshing half-centuries before Rovman Powell finished the innings, smashing 43 off 19 balls, including 5 huge maximums.

Quetta will be looking to put on a good display in the upcoming matches as their hopes of qualifying for the play-offs diminish.

Quetta Gladiators will be looking for a much better performance in the must win match against Peshawar Zalmi and try to climb up the PSL points table. Similarly, Zalmi will be looking to overcome the disappoint loss at the hands of Lahore Qalandars and solidify their position for the play-offs.

Quetta have been dealt a major blow as their star all-rounder, Andre Russell has been ruled out of the match after suffering a blow to the head in the last match. They are expected to make a number of changes, with Cameron Delport and Usman Shinwari likely to be included in the starting eleven.

Peshawar have a settled line-up despite their loss in the previous match. With no injury worries, Peshawar are expected to enter the field with the same lineup.

Peshawar and Quetta have faced each other 17 times over the six PSL editions, both the teams have won 8 times each, while one match ended in a no result. Both the teams will be looking to one up in the head to head.

Kamran Akmal’s exploits at the top of the order have been crucial for Zalmi over the past few seasons and they will be hoping that Akmal regains his lost form and provide the with an explosive start.

Quetta’s bowling line-up has struggled throughout the competition and they will be hoping for a much better performance tonight. Mohammad Hasnain is their leading fast bowler and has the responsibility to set the tone for the team, he will be extremely important in tonight’s match.