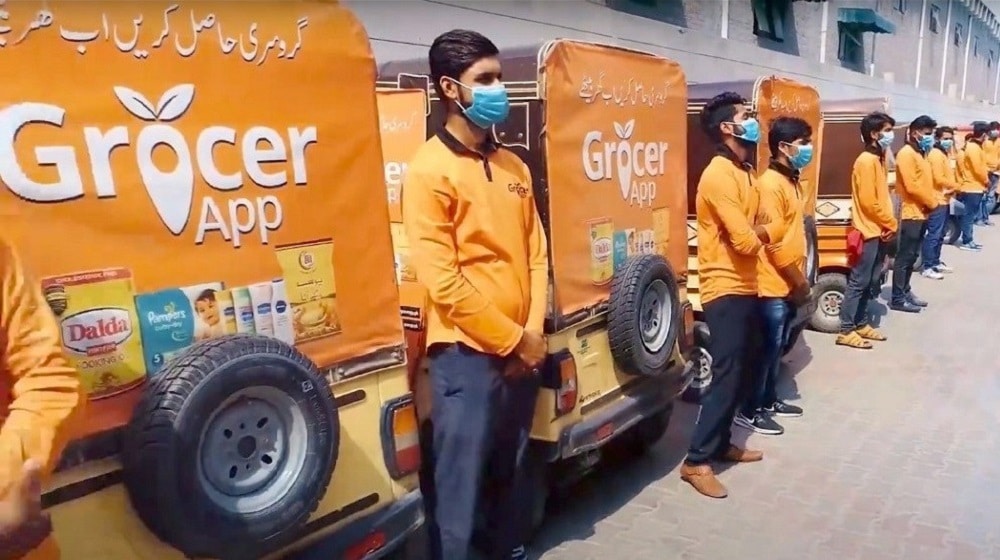 The Lahore-based online grocery platform GrocerApp announced that it has raised $5.2 million in a Series A funding round led by the Dubai-based investment firm Hayaat Global. It had raised $1 million in seed funding earlier in September 2020.

Founded by Ahmad Saeed, Hassaan Sadiq, and Rai Bilal in 2016, GrocerApp is a platform that enables customers in Pakistan to order groceries through its web and mobile apps mostly for same-day deliveries.

Muhammad Ikhlaq, the Chairman of Hayaat Global, said, “GrocerApp’s team is battle-hardened as it has been in the grocery segment for over four years and knows the arduous grocery vertical well. The team has scaled operations with minimal relative funding maintaining momentum with competitors, indicating the ability to succeed without relying solely on cash burn”.

He added, “We are excited to back this seasoned team, and the capital injection will catapult GrocerApp into a dominant market position”.

GrocerApp’s co-founder and CEO, Ahmed Saeed, told MENAbytes that after the recent funding round, the startup plans to continue expanding across these four cities and also launch its services in Karachi by the end of the third quarter this year.

GrocerApp has grown by 300 percent in terms of monthly orders and revenue within nine months, from July 2020 to March 2021, and its annualized revenue now exceeds $15 million.

One of its co-founders elaborated that one-fourth of GrocerApp’s business now comes from the twin cities where it launched about nine months ago.

Ahmed Saeed believes their model of storing inventory at large fulfillment centers and bundling multiple orders together for delivery (in cargo rickshaws) is more sustainable with much better unit economics than now commerce in emerging markets.

He said, “We offer the largest assortment at best prices. That’s our pitch to the customer. The majority of the customers that we’re serving use GrocerApp to buy the grocery for an entire month or stock it up on a weekly basis. If a customer places an order by 3 PM, they would receive it on the same day, in most cases, and they’re very happy with that”.

He added that their average order size is $16.

GrocerApp started its operations in Lahore and then expanded them to Islamabad and Rawalpindi in the later part of 2020. Now, it has also started operating in Faisalabad.