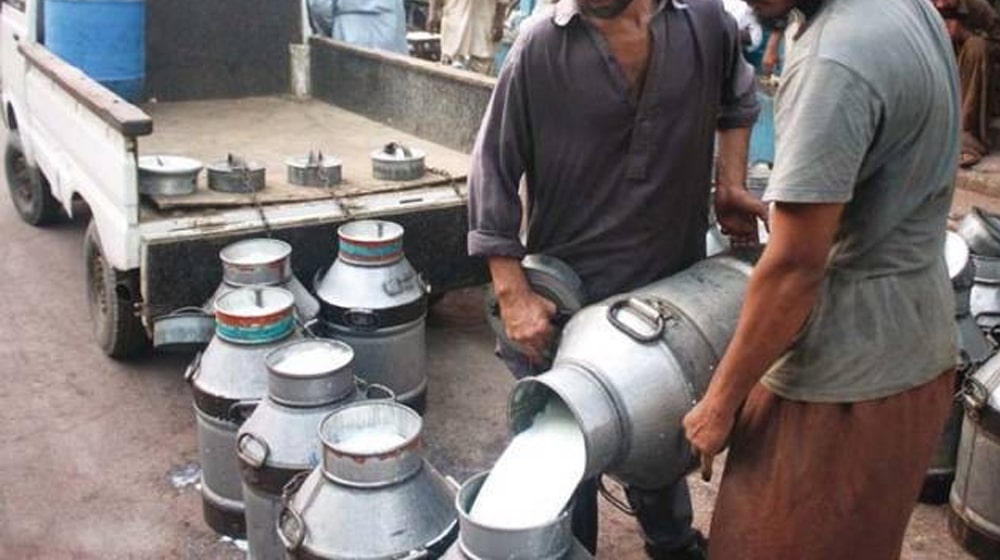 The Competition Commission of Pakistan (CCP) has concluded an inquiry in the dairy sector, which has found the prima facie involvement of three leading dairy associations in cartelization and price-fixing of milk in the country’s largest metropolitan, Karachi.

The CCP initiated the inquiry after taking notice of the media reports and concerns raised in a letter received from a leading Consumer Association against the rise announced in the price of milk in Karachi and its adjacent areas by the dairy associations at the farm, wholesale and retail levels.

Media reports also highlighted the involvement of several other dairy associations in the price-fixing of milk. It was specifically mentioned that the Dairy Farmers Association (DFA) Karachi had raised the price of milk from Rs. 110 per liter to Rs. 120 per liter with immediate effect, whereas, the official government rate was Rs. 94 per liter.

Since the milk price set by the government was Rs. 94 per liter while the association collusively/collectively sold it at Rs. 120 per liter, it resulted in daily liability passed on to consumers to the tune of approximately Rs. 130 million and an annual impact of approximately Rs. 47 billion to the consumer of Karachi and its adjacent areas.

On the other hand, the market was distorted as there was no competition on prices, and consumers were made to pay unfair prices irrespective of the quality of milk.

Milk is an essential commodity and a key ingredient in desi ghee, butter, cheese, a variety of confectionaries, and several cosmetics. Therefore, a change in the price of milk affects the prices of all these and other products throughout the country.

Analysis of Karachi’s milk sector reveals that fresh milk in Karachi is supplied by five cattle colonies located on the outskirts of the city. The supply chain of milk consists of dairy farmers, wholesalers, and retailers, where milk is sold to retailers through an annual contract called ‘bandhi’ in which the rate and quantity for purchase of milk are fixed by various dairy and retailer associations. Karachi is also unique in the sense that their milk can also be purchased from the mandi located at Lee (Bolton) market.

As per the inquiry committee, the Commissioner Karachi Division notifies the prices at all tiers of the milk supply chain, and the last such notification was issued on March 14, 2018, fixing the prices per liter as Rs. 85 per liter for the dairy farmer, Rs. 88.75 for wholesalers, and Rs. 94 per liter for retailers.

However, the official data shows that the notified prices are not adhered to mainly due to the role of various associations involved in the milk supply chain.

There are three dairy farmers’ associations in Karachi namely:

In February 2021, an informant shared some video footage of representatives of DCFAK announcing the revised prices of milk in Karachi. This was followed by the President of DCFAK appearing on various TV programs stating that milk in Karachi would not be available to consumers at the old rate of Rs. 120 and that his association will not take back the increase in milk prices.

Similarly, the TV appearances of President DCFAK were presented in the inquiry report where he announces new rates of milk in July 2020.

Statements from various retailers’ representatives and a dairy farmer’s representative revealed that all the three dairy associations in Karachi had formed a cartel and were announcing the rates of bandhi. If a retailer refused to abide by the association’s set rates, his supply of milk would be stopped.

It also appears that the other two dairy farmers’ associations – DFAK and KDFA – followed suit as the prices of milk in the relevant market rose immediately after the announcement of new rates by DCFAK. It is observed that the rate rise could not have been possible without the collusion of all three dairy associations.

Once the rate of bandhi was increased by the dairy farmers, it would have an impact on prices at all other levels of the supply chain, including wholesalers and retailers.

A city-wise comparison among Karachi, Lahore, and Islamabad/Rawalpindi shows that only Karachi has a uniform milk price, whereas the prices vary in all other cities. Such uniformity in prices also points towards rate fixation by the various dairy associations.

Therefore, these decisions to fix the rate of bandhi in the relevant market are a prima facie violation of Section 4 of the Competition Act 2010.

Rate announcements or even recommendations by associations to fix the price of milk are decisions by an association in prima facie violation of Section 4(1) read with Section 4(2)(a) of the Competition Act, 2010. This rate acts as a benchmark, and the product would be priced at or near this level.

In light of the findings, the inquiry committee recommended the Commission consider initiating proceedings under Section 30 of the Act against DCFAK, DFAK, and KDFA.