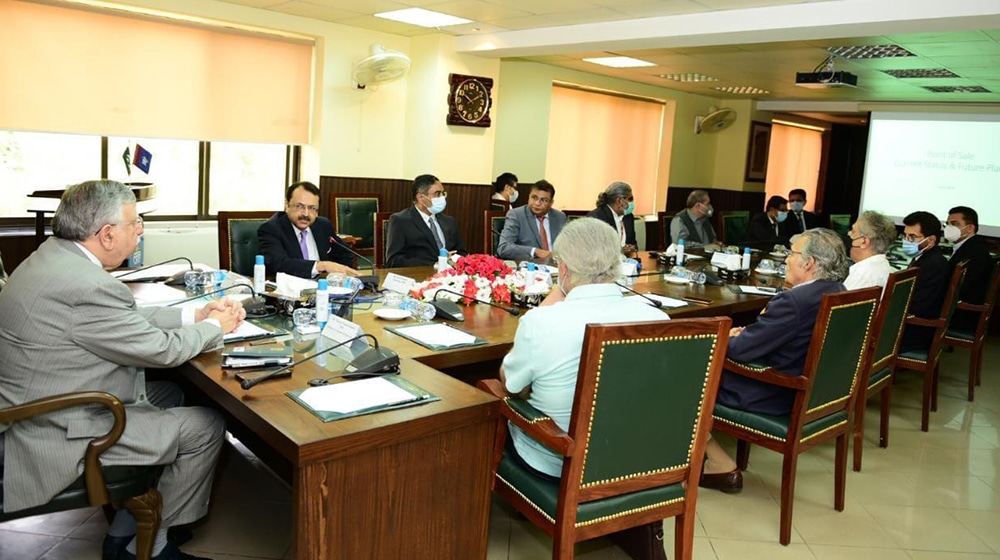 Minister for Finance & Revenue, Shaukat Fayaz Ahmed Tarin, visited the Federal Bureau of Revenue (FBR) headquarters today and held a meeting with the officers. The meeting’s main purpose was to devise a strategy to increase the integration of retailers with the Point of Sales (POS) system of FBR.

The meeting also discussed ways to bring identified potential taxpayers into the tax net. Special Assistant to the Prime Minister on Finance & Revenue Dr. Waqar Masood Khan and Chairman FBR Asim Ahmad along with other members of FBR were present in the meeting.

IMF is Not Cancelling its Loan to Pakistan: Shaukat Tarin

Chairman FBR, said that licensing IT companies for installation and configuration of POS system would be completed by the end of August. He added that monitoring cells would be formed in each regional tax office (RTO), headed by the respective Chief Commissioner, to supervise the POS integration for achieving desired results.

Minister for Finance and Revenue directed to ensure effective tracking progress of installed POS machines and provide post-deployment support to the retailers. He further directed the officials to determine the total volume of sales by retailers for effective revenue generation through the POS system after adjustment of input and output taxes. He ordered establishing a cell at FBR HQ to speed up POS integration.

Minister for Finance and Revenue directed to remove all hurdles in bringing the identified potential taxpayers into the tax net. He asked to further identify the potential taxpayers based on the third-party data being received through credible sources.

The Minister stressed the need to finalize the modalities of third-party audit, which would not only increase the tax net but would also generate much-needed revenue. The meeting ended after it was decided to hold regular meetings to pursue the targets on a fast track basis.