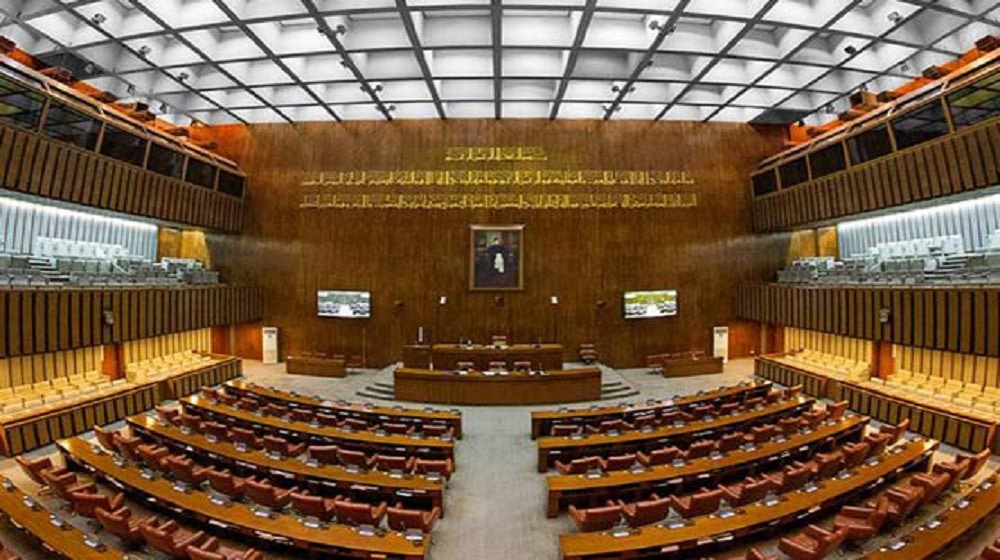 The Senate Standing Committee on Planning, Development and Special Initiatives observed that when amendments can be made in the budget, Public Sector Development Program (PSDP) budget should also be amended.

A meeting of the Senate Standing Committee on Planning, Development and Special Initiatives, under the chairmanship of Senator Saleem Mandviwalla, was held here on Tuesday.

The committee observed that last year the panel in protest did not hold meetings. The Ministry had stated that PSPD could not be amended. On which, the committee sent a letter in protest to the Senate Secretariat.

The Minister of State for Parliamentary Affairs has assured the committee that its recommendations will be considered for the next financial year, said Mandviwalla.

The Chairman emphasized a more robust role of the committee with regards to recommendations to be incorporated in the PSDP budget. The committee was briefed on development projects by various ministries.

Senator Tahir Bizinjo added that the PSDP has no project for Balochistan, keeping in view the development of Balochistan, the establishment of new higher education institutions is the need of the hour. New projects related to health should also be included, but both are not a part of PSDP for the next financial year, added Bizinjo. Commenting on the reservations of Senator Tahir Bizinjo, the Secretary Planning and Development said that only approved projects could be made part of PSDP.

Balochistan has the highest number of projects in the Prime Minister’s Regional Development Project; Karam Tangi Dam is also included in PSDP, he added.

The Committee chairman said that PSDP is also part of the budget. If the budget could be amended, PSDP should also be amended.

Inspector General (IG) Motorway Police, Kaleem Imam, also briefed the committee and said that funding for five projects was requested, out of which three have been approved. A budget of Rs. 262 million has been approved for the department for construction projects.

Motorway police operate traffic of 1.4 million to 1.6 million vehicles across the country daily. The police have increased their patrolling, due to which the number of accidents decreased in Balochistan. However, the committee pointed out that the number of patrolling is less on Sukkur-Hyderabad motorway, Multan motorway, and Peshawar motorway and recommended for monitoring through drone technology. IG said that eight drones were purchased to locate accidents spot in a short time.

Senator Fida Muhammad also put forward the recommendations for the province of Khyber Pakhtunkhwa, DI khan motorway completion, Baram Road, N45 area, and the inclusion of Tribal areas in CPEC. The committee directed for the submission of the copy of the recommendations to the officials for consideration and to prepare a reply and present it before the committee in the next meeting.

The committee was also briefed on PSDP allocation for Gilgit Baltistan and Azad Jammu Kashmir. The official said that the budget has been allocated in consultation with relevant stakeholders. The funds have been given according to the implementation capacity of the Kashmir and GB government. The development budget for Azad Kashmir is Rs. 28 billion.

The briefing by the Senior Joint Secretary of the cabinet Division before the committee was unsatisfactory, and the secretary cabinet division was asked to ensure attendance in the next meeting to give a brief on the allocations of funds.

The committee sought recommendations from its members for further consideration and implementation by Wednesday (today).