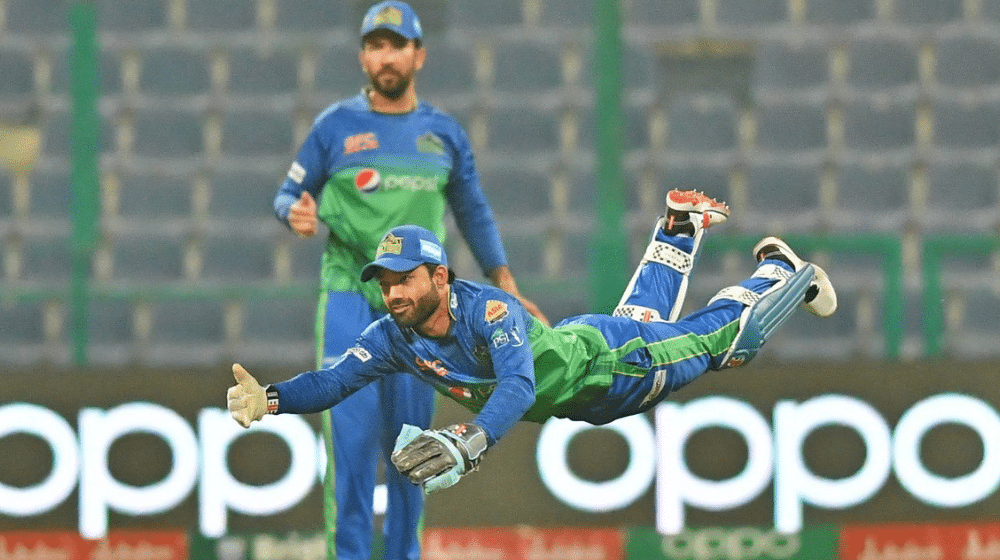 Multan Sultans blew Quetta Gladiators away with a clinical performance and solidified their fourth spot in the PSL points table. Quetta on the other hand became the first team to be knocked out of the tournament after winning only two matches out of nine.

Multan’s openers, Shan Masood and Mohammad Rizwan provided them with a solid start up front, with Shan Masood hitting an exquisite half-century. West Indian hard-hitting batsman, Johnson Charles took the charge in the middle of the innings and helped Multan post a daunting total of 183/5.

Quetta got off to a torrid start and never looked like getting close to the total as they lost wickets at frequent intervals. Their opener, Jake Weatherald was the top scorer of their innings, scoring only 19 runs. Quetta were bundled out for 73 as Multan won the match by 110 runs. Multan’s spinner, Imran Tahir picked up 3 wickets to wrap up the innings.

Shan Masood was named as the player of the match for his innings of 73 off 42, including seven boundaries and four huge maximums.

Multan face Quetta in a virtual knockout game as both teams look to make it to the top-four on the PSL points table. Both the teams have a golden chance to make it to the play-offs provided they win this particular encounter.

Quetta defeated Karachi in their previous encounter and will be looking to continue their momentum to register their third victory of the tournament and equal the points with Karachi and Multan. They are expected to name an unchanged starting eleven.

Multan will also be looking to continue their winning run and solidify their fourth position. Sultans have had a turnaround in their fortunes in the Abu Dhabi leg and are currently the front-runners to finish on the final playoff position. They too are expected to name an unchanged eleven.

Multan and Quetta have encountered each other 6 times in PSL history. Quetta have an upper hand over Multan, winning 4 and losing 2. Multan will be hoping to win the match and narrow down the head-to-head record.

Shahnawaz Dahani is one of the leading bowlers of the tournament and will be raring to go once again. Dahani’s good work with the ball has enabled Multan to restrict the opposition to low totals and set the platform for the batsmen to chase down the targets. Multan will be hoping he continues his magnificent form.

Jake Weatherald has been Quetta’s most consistent batsman in the Abu Dhabi leg and the team will be hoping that he provides them with a good start once again.