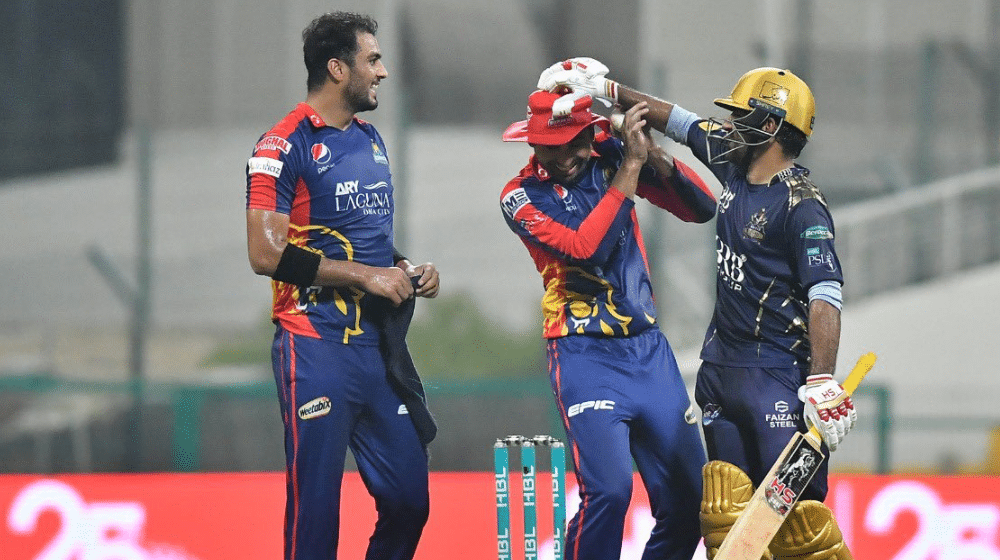 Karachi Kings confirmed their spot in the PSL play-offs after a convincing victory against Quetta Gladiators. Karachi move to the fourth spot in the PSL points table, knocking out arch-rivals Lahore Qalandars from the tournament.

Karachi started the match with a positive mindset, taking on the weakened Quetta bowling line-up. Quetta fought back with debutant Aarish Ali Khan picking up four wickets. Karachi were provided the momentum lower down the order as Danish Aziz smacked 33 runs off the 19th over, the highest score in one over in PSL history.

Quetta’s fragile batting unit could not battle hard enough as they fell 14 runs short of the target. Captain Sarfaraz Ahmed was the only one that fought till the end, scoring a fine half-century to get Quetta to a respectable total.

Danish Aziz was named as the player of the match for his magnificent power-hitting display. He scored 45 runs off 13 deliveries, including two boundaries and five huge maximums.

Karachi Kings need a win against Quetta Gladiators to finish within the top four spots of the PSL points table. The equation is simple, win and qualify for the playoffs, lose and they will be eliminated, with Lahore Qalandars booking their place in the next round.

Karachi defeated Lahore in their previous encounter and will be looking to continue the momentum in this match. With the team finally putting a win on the board after three consecutive defeats, they will be looking to enter the field with the same combination and hope for a similar result.

Quetta, on the other hand, have already been knocked out of the tournament and will be looking to end their season with a win. They will be rallied on by thousands of Qalandars fans as their fate lies in the hands of the Gladiators. They are expected to make a number of changes and give a chance to youngsters in this encounter.

Karachi and Quetta have encountered each other 11 times in PSL history. Quetta have won 7 and lost 4. Karachi will be looking to narrow the head to head record in tonight’s encounter.

Babar Azam has been Karachi’s shining light. He is the leading run scorer of the tournament and Karachi will be hoping that he continues his great form. Azam’s exploits at the top order will be crucial for Karachi to post a big total on the board.

Mohammad Hasnain hasn’t hit the expected heights this season and Quetta will be hoping that he puts in a solid performance this time around. Hasnain will be expected to provide crucial wickets upfront and swing the momentum towards the Gladiators.