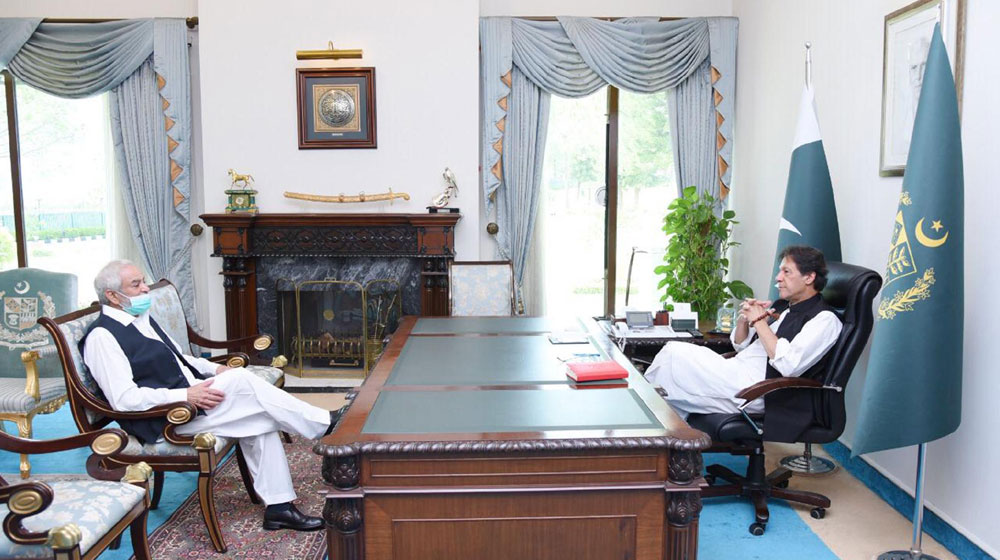 Pakistan Cricket Board (PCB) Chairman, Ehsan Mani, called on Prime Minister Imran Khan on Monday to reportedly discuss his future with the board.

When the Chairman was asked about the purpose of the meeting, he termed this one-on-one meeting with the premier ‘a general catch up’ and refused to let out details.

“I am sorry I cannot comment on private matters,” he told an English daily.

The newspaper then decided to take comments of a minister, who stays close to the power corridors, on the matter. However, he refused to spell out the details as well.

“Unless and until we hear something from one of the participants, no one could say anything. Nothing has come out so far, so at this point of time I cannot say what was discussed,” he said.

It is believed that the matter related to the live coverage of Pakistan’s international matches on PTV and the PCB’s recent contract with the PTV for inland coverage promising a hefty amount of $200 million for the next four years came into discussion.

Furthermore, Mani’s future with the board might have been a matter of discussion as well. His three-year tenure with the cricket board ends on September 4. In the previous few interviews, Mani has made it clear that he will not seek to extend his career until he is directed by the premier to do so.

Note that former Pakistan captain and now an active cricket commentator, Rashid Latif, had previously claimed that Ehsan Mani has submitted his resignation to the Patron-in-Chief Imran Khan, a claim that was termed as a ‘made up story’ by Mani.