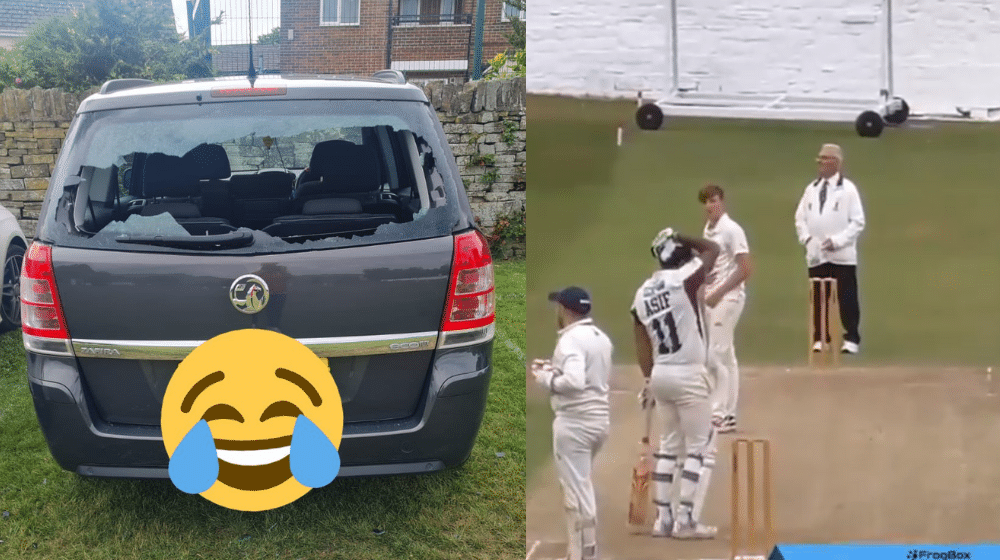 Pakistani club cricketer, Asif Ali, went through a number of emotions as he smashed a huge six during a local club tournament. Unfortunately for him, the ball went straight through the back windshield of his car.

The incident occurred during a Crossley Shield quarter-final between Illingworth St Mary’s Cricket Club and Sowerby’s St Peter’s Cricket Club. During the second innings of the match, Asif Ali flicked a loose ball for a six, but his joy was short-lived as the ball smashed through his own car.

Asif’s expressions changed as soon as the ball hit the back of his car and the reaction of the players and the fans soon turned from a shock into fits of laughter, as Asif held his head in disappointment.

The video of the incident has since gone viral on social media, garnering over 11,000 likes and 2,800 retweets. Watch the full video below:

🔊 Sound on to hear the smash 💥 pic.twitter.com/FNjRMic9U5