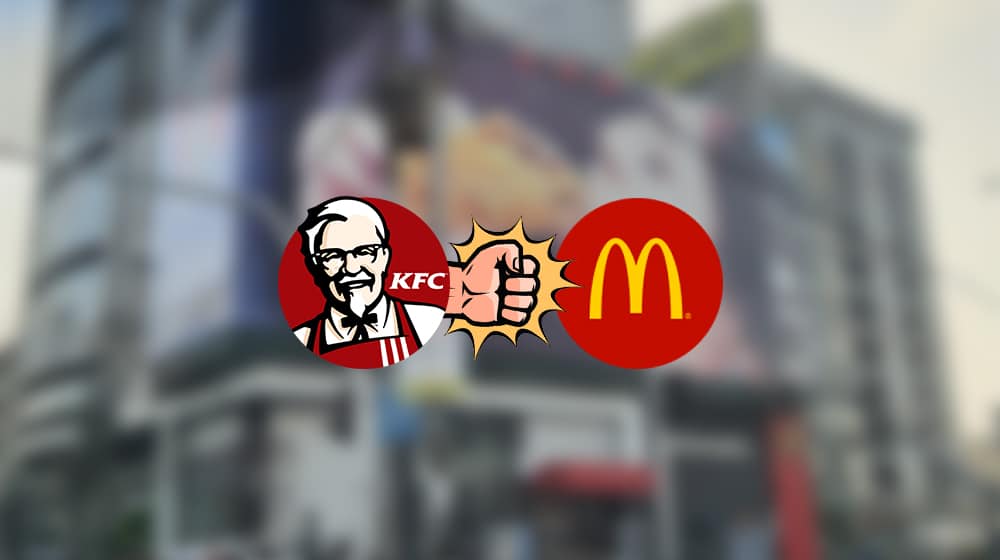 The KFC chain always loves to play with a variety of marketing stunts, and as history has shown, it never shies away from being brave and bold in the face of competitors such as Burger King, Pizza Hut, and McDonald’s.

Long known for crispy pieces of chicken, KFC has come up with another brave advert for its “finger-lickin’ good” stuff, and this time, the ad sits comfortably on the roof of one of McDonald’s most recognizable outlets in Allah Wali Chowrangi, Karachi.

While KFC has never been afraid to adopt an advertising strategy that pushes boundaries, the brand’s latest stunt is a serious – and hilarious – afront to one of its major rivals.

Karachi Ranked Among Most Stressful Cities in the World

If you’re a marketing student looking for a case study to learn from, you should start here: 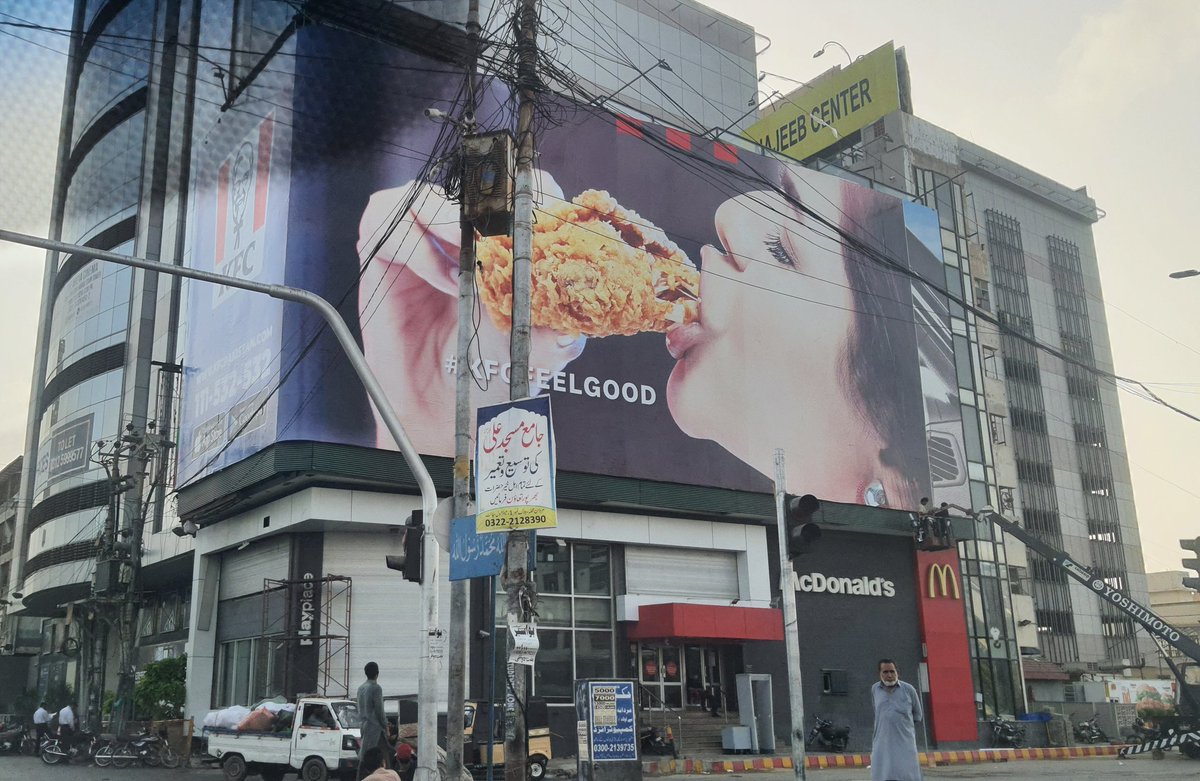 Twitter users pointed out that this was pretty much expected to happen one way or another, with McDonald’s doing little to nothing across its operations in Pakistan in the marketing game.

Interestingly though, someone on Twitter pointed out how many people “won’t read a small hashtag of KFC and they will think it’s from McDonald’s”. Did KFC mistakenly make a billboard for its biggest rival? 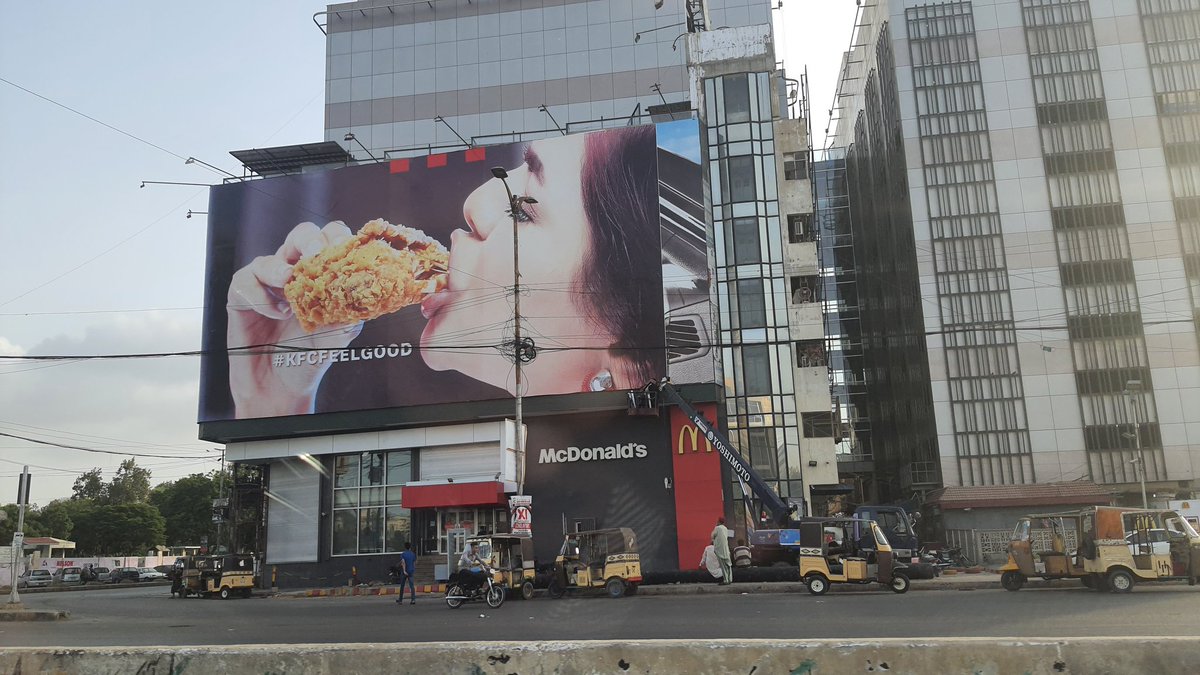 As the image shows, the hashtag is visible, but people might not pay attention to it and mistake it for a McDonald’s advert.

But would you ever gnaw at a McChicken like the model on the billboard is doing? Isn’t KFC the king?

What are your thoughts on the advertisment? Let us know in the comments section.