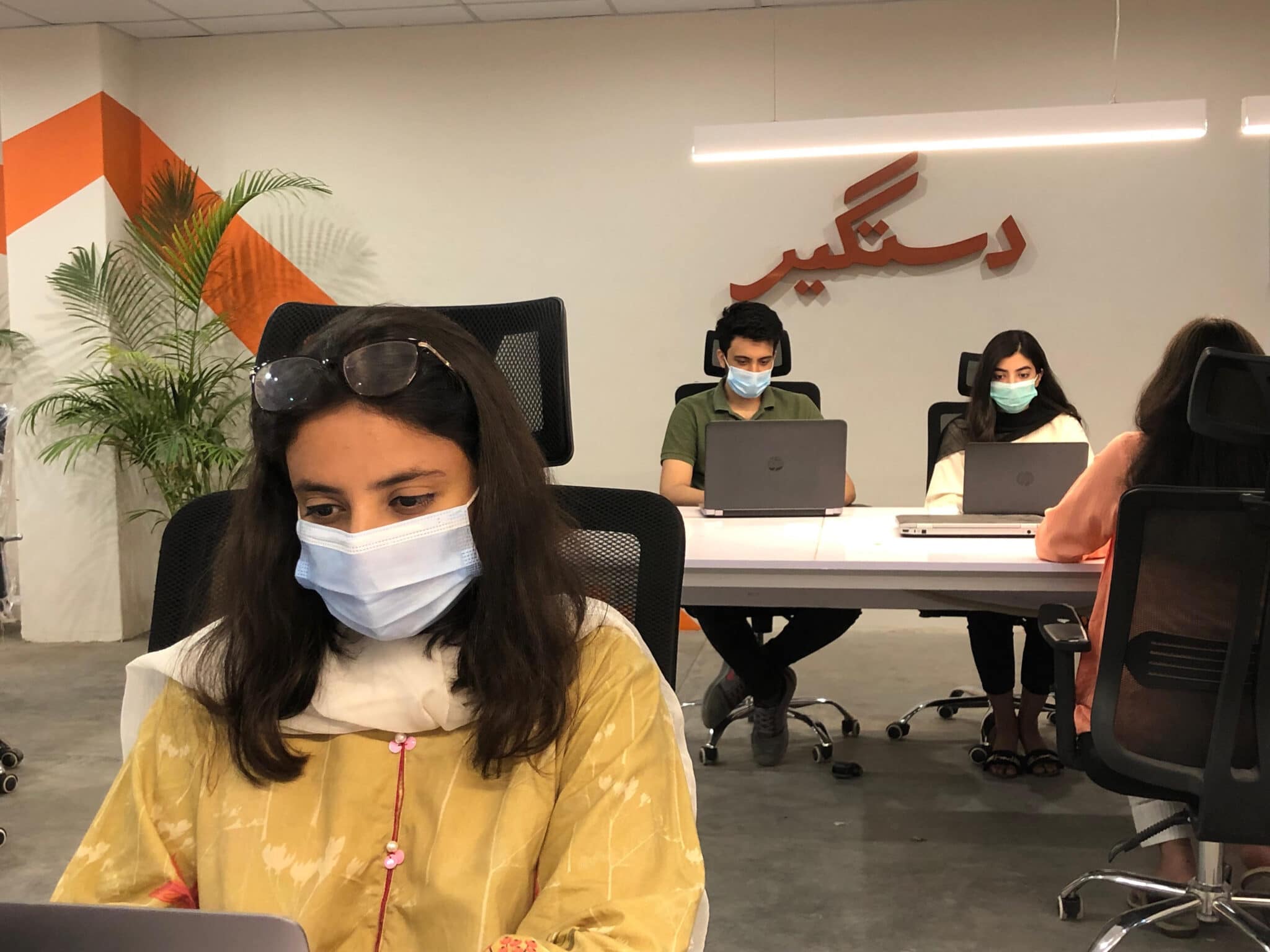 As online marketplaces continue to take root in Pakistan, e-commerce -slowly but consistently – continues to replace the traditional brick-and-mortar model for retail. While Pakistan has seen somewhat mushroom growth in online retail outlets, one particular fintech decided to take their retail business and digitize the wholesale distribution process. This start-up is called “Dastgyr.”

Dastgyr was founded in May 2020, at the peak of the COVID-19 pandemic in Pakistan. While even the most seasoned investors chose to sit on their money and wait for the economy to get back on track, Muhammad Owais Qureshi and Zohaib Ali decided to put their combined finances of $300,000 into launching an online retail business platform.

The founding team had its fair share of challenges, from having to bootstrap the initial pilot phase to test-proofing the concept and product-market fit. Supply operations also had to be run from the living room of one of the founders during the early days. Many teammates made customer deliveries themselves.

Fortune favors the bold, and eventually, as the company started to scale operations in two cities – Karachi and Lahore – investors came onboard after noticing the company traction. Within a few months, the efforts of these two entrepreneurs started bearing fruit – not only in terms of the organic expansion of their business but also in catching the interest of other investors.

By August 2020, the B2B e-commerce marketplace had landed six-figure funding from angel investors in the US, UAE, and Pakistan. And by February 2021, the startup raked in an undisclosed 7-figure USD seed round from international venture capital firms.

The literal meaning of Dastgyr is “helper,” and that is the tagline the business chose. It provides the retailers with the convenience of ordering inventory in a matter of clicks, and the suppliers can grow their business multiple folds with little to no operational burden. In an interview with ProPakistani, the fintech said, “We are in the business of making our retailers and suppliers lives easier.”

For the more technically proficient, the operational model of Dastgyr is as a tech-enabled ecosystem supported by an impressive technology stack, which connects suppliers with retailers and handles logistics and payments. Retailers get competitive prices and convenience in a few clicks, while suppliers have access to an enormous customer base with reduced operating costs.

For the uninitiated, Dastgyr is an Android (mobile) application that brings together suppliers and retailers, selling and purchasing products in bulk.

Transportation of goods, plus the movement of money between sellers and purchasers, is handled by the employees of Dastgyr. The platform works as a consolidated marketplace for suppliers, looking for potential customers – without having to do the leg work, especially during lockdowns caused by COVID-19. Dastgyr is a one-stop-shop for retailers who don’t need to carry out the physical act of looking for suppliers.

To sweeten the pot, Dastgyr offers additional value-added services such as the promise of 24-hour delivery, as well as telephonic assistance through their helpline.

Refusing to share any details on monetary values of revenues and costs, the start-up claims to have fulfilled orders worth billions of rupees since its formal launch in August last year.

The founding members of Dastgyr brought experience and expertise to other successful start-ups like Airlift, Careem, and Daraz. The co-founder of Dastgyr, Muhammad Owais Qureshi, happens to be a founding member of Airlift and a former employee at Careem. Asad Qamar, who is now the commercial lead at Dastgyr, is also a former employee of Careem, Daraz, and Airlift. Zohaib Ali also brought his experience from the launch of Airlift.

With this experience of other online platforms and good momentum built in the first year of business, Dastgyr now has its eyes on newer markets. The founders want a presence in the whole MENA region down the line. For now, their target group remains the under-served retailers and suppliers within Pakistan.