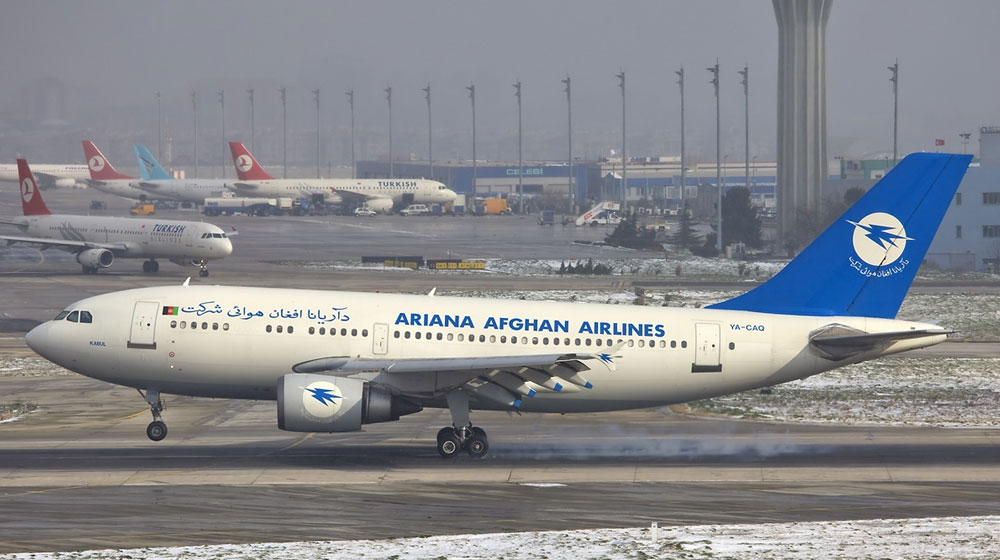 The Civil Aviation Authority has allowed an Afghan airline to carry out two-way flight operations from Pakistan.

Pakistan International Airlines (PIA) operates flights on this route. However, the addition of another airline on this route will help the repatriation of stranded Pakistanis in the neighboring country.

On Thursday, the aviation regulator a notification in this regard, sanctioning Afghanistan’s Ariana Afghan Airlines to operate commercial flights to and from Pakistan.

As per the notification available with ProPakistani, Arian Afghan has permission to operate two weekly flights between Islamabad and Kabul under the Air Services Agreement between Pakistan and Afghanistan.

The flights will be approved through Air Transport Flight Management System (ATFMS) after the submission of a valid bank guarantee and completion of other relevant formalities.

In a separate development, the CAA also issued Air Arabia landing permission in Multan and Faisalabad. The low-cost Abu Dhabi airline will operate two weekly flights from the gulf state to Multan and the same number of flights to Faisalabad.

South Punjab Gets a 32% Quota for Govt Jobs

Last month, the Civil Aviation Authority had allowed increasing the number of flights to five countries by 40 percent. Under the instructions of the National Command and Operation Center (NCO), the CAA issued a NOTAM, allowing an increase in flights for Canada, Europe, United Kingdom, China, and Malaysia.

However, the inbound passengers will require to take a mandatory COVID-19 PCR test before boarding the flight.