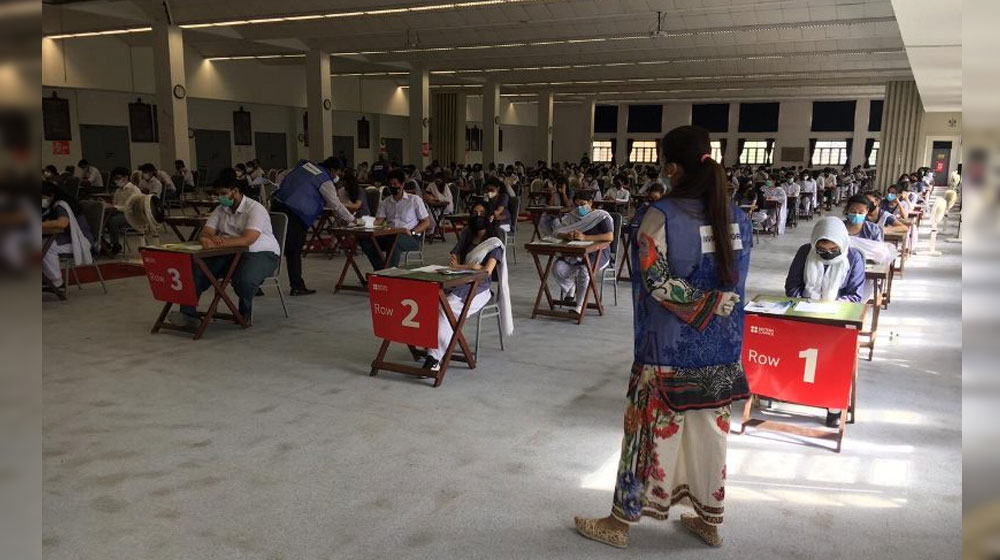 Under the newly imposed restrictions, the examination centers are now ‘restricted areas’, and only those with admit cards and the duty staff may enter them. Additionally, the use of mobile phones by the staff during the examinations has been banned.

Reportedly, mobile phones are being used freely by the candidates and the visitors within the examination centers, and the Biology question paper was also leaked and shared on several messaging apps in Larkana.

However, this had been a futile meeting as the Class 9 Mathematics question paper had been circulated on social media 30 minutes before the examination.